Our March 30th arrival in San Diego was greeted by simply spectacular afternoon weather and our Mission Bay RV Resort campground choice was excellent! It was good to see lush landscaping and soft, green grass.

Mission Bay Resort is situated along the water between two mobile home communities with walkways along the water edge with nice views.  As the name implies, it is very near the Pacific Ocean and centrally located so we'll be well-positioned for the day trips we have planned.
﻿
﻿ 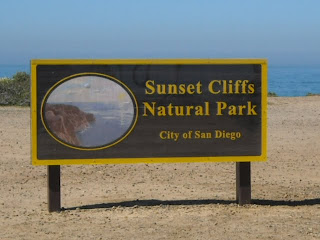 The first morning we loaded the car for a day excursion to see some of the closest sights, saving the more distant destinations for the weekend. First stop was Sunset Cliffs near Ocean Beach on the way south to Point Loma. 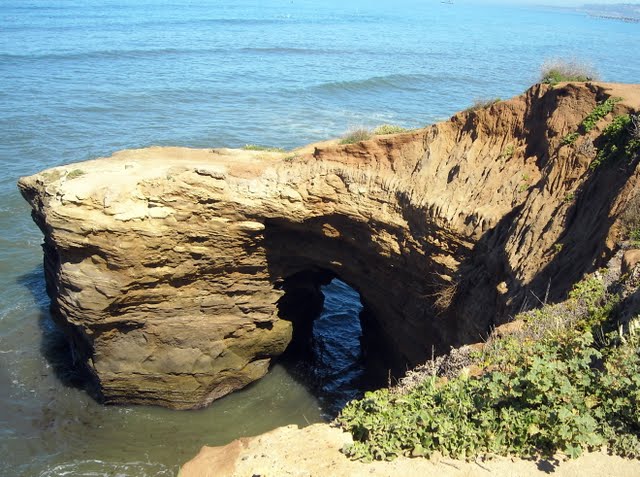 At Point Loma we continued our drive along the scenic route until the roadway took us up a steep hill into a residential neighborhood. From a cul-de-sac we snapped a few nice shots.


﻿
﻿ We continued south along the strand from Point Loma to Fort Rosecrans National Cemetery. It was an army installation during WWII. 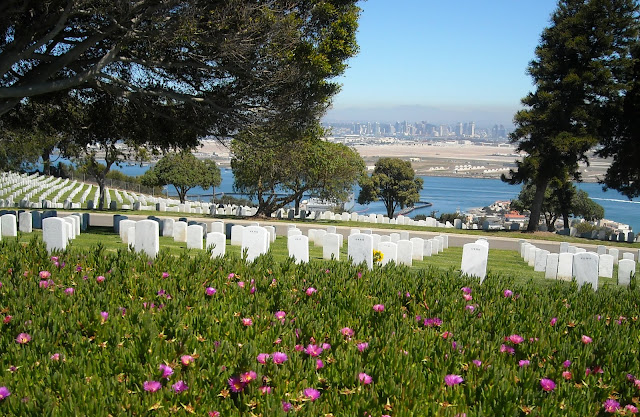 
The next stop today was back up the Point Loma peninsula and then over to see Shelter Island. 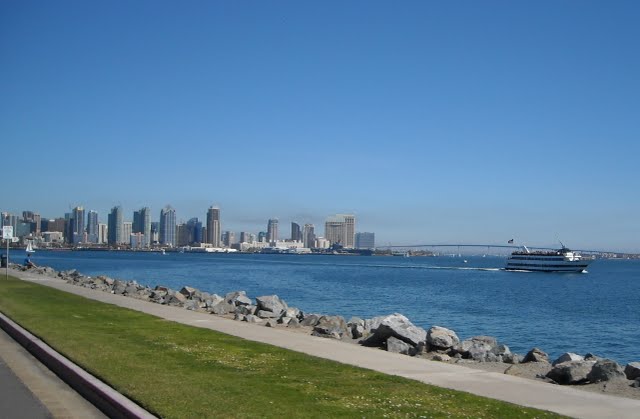 ﻿Our lovely day was ruined when we came upon a deadly auto/motorcycle accident just after it happened.  The young man on the motorcycle had tried to beat a red light and ran into a new Cadillac -- broadside. The car's passenger side and top were crushed and the rear window was completely broken out.  The driver was a 64 year old woman who received only minor injuries but taken to the hospital. The young man on the motorcycle was lying on the asphalt and firefighters were all around.  One was kneeled down over him -- pumping on his chest.  He was lifeless and we learned later that he did not survive.  The scene was awful and one like I've never seen.
After supper that evening we took another short ride to try to shake the thoughts of the accident.  We drove to Mission Beach and up the coastal highway to Pacific Beach and then on almost to La Jolla.  More beautiful scenery as we saw the sunset across the ocean again.
Email ThisBlogThis!Share to TwitterShare to FacebookShare to Pinterest