Big Bear Lake is in the northeast section of the San Bernadino National Forest high atop one of the peaks in the San Gabriel Mountain range. Snow had fallen on the mountains over the weekend before our ride up and we were excited to see it.  Neighbor campers told us the main road to Big Bear Lake was closed for construction and that snow chains would be required if the snow's accumulation was still on the roadways to the area.

It was fairly warm and sunny when we left Rancho Jurupa in Rubidoux Village but by the time we stopped at Highlands for gas we noticed the temperatures were cooler.  We had already ascended a bit going up into the mountains.

﻿ ﻿
At our first photo stop we could see the dreadful smog hanging above the valley.
﻿ ﻿ 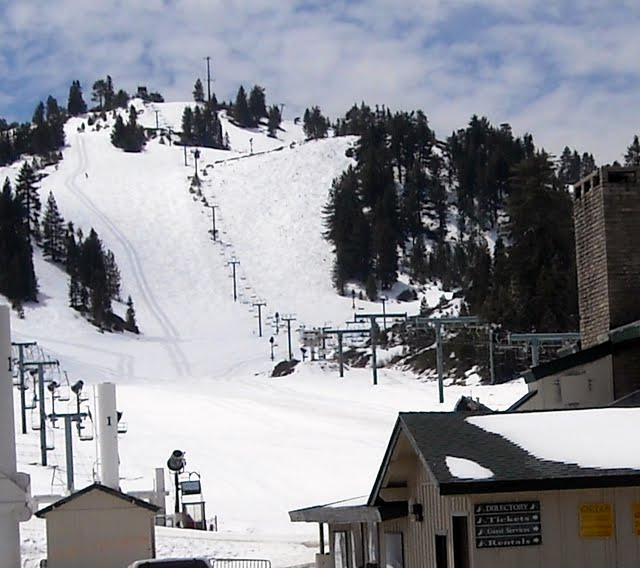 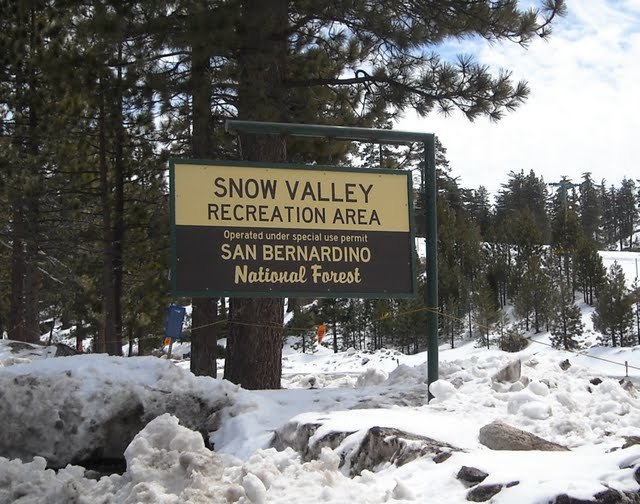 We found Big Bear City to be a quaint town; mostly built around snow ski and snow board activities for winter visitors and boating activities for summer guests.  The lake itself isn't all that big or beautiful -- but nice in that it is there in the mountains.  Most of the homes are small-ish in size and typical for a snow resort town.  To me, it is reminiscent of a tourist area in the 1960's.  It's elevation is well over 7,200 feet!

The community of Fawnskin is on the northern coast of Big Bear Lake. That's where we stopped in this spot for a quick break.  We searched the skies but didn't see any eagle -- but we did get some good views ...again. 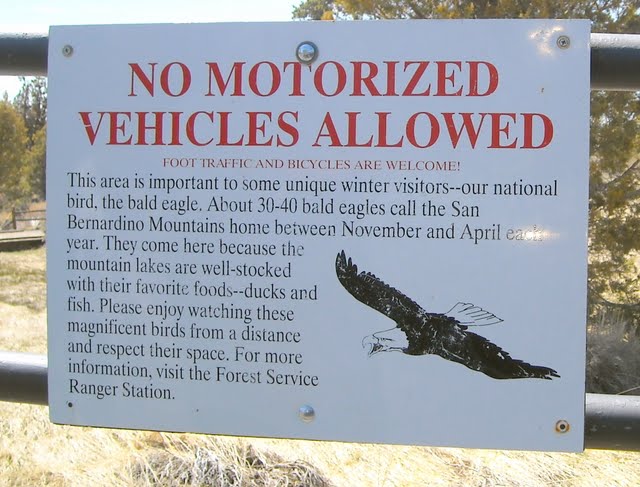 Occasionally we take short breaks; both for ourselves and for Lexie.  Here she's sticking out her tongue. 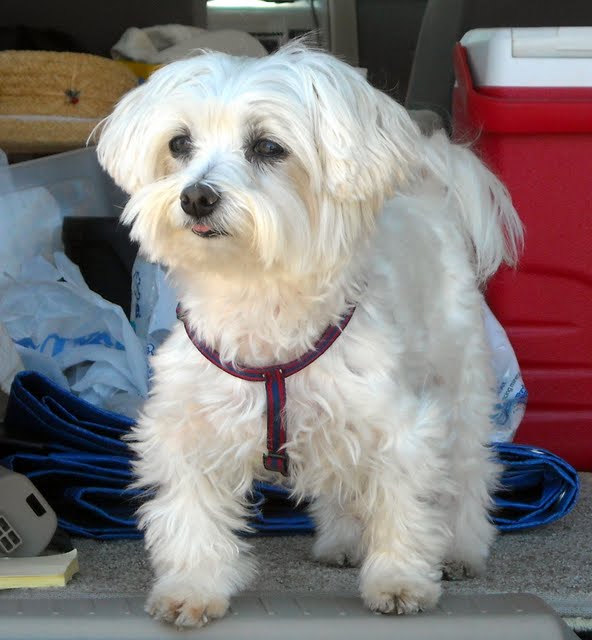