We've Been To The Desert: Lake Havasu City

From Havasu Falls RV Resort, Lake Havasu City, Arizona     The day before we left Chula Vista, Wayne came down with a terrible head cold. It started the evening after our group golf outing and he developed a very sore throat before bedtime. Hope he didn't spread the cold germs among our new friends. Nevertheless, he got us ready to roll the next morning, April 1st, and we headed toward Lake Havasu City, Arizona. I must say I was happy to be leaving the Granola State (loaded with fruits, flakes and nuts) and to be returning to the desert.


Once back in Arizona, we left the interstate and drove through Brawley, California before passing through the Imperial Sand Dunes and the Cahuilla Ranger Station in the Imperial Refuge Wilderness just south of the Chocolate Mountains. We've been through here in years' past and once again, I found it fascinating. The sand flows seem never-ending and the vehicles look so tiny.

We spread our travel over two days, stopping overnight at Split Rail Campground, a small dusty place on the north side of Quartzsite. As usual, Arizona's desert painted beautiful scenery along the way, first just rocky terrain, then as we approached the Colorado River, long swaths of green provided a burst of color onto the horizon with colors layered one on top of another.

By early afternoon the following day, we reached the beautiful Parker Dam area and points northward along the Colorado River. In hindsight, I think we would have liked the Parker Dam area over Lake Havasu City but we didn't know that at the time.  Anyway by early afternoon, as the thermometer reached 93 degrees, we reached our Lake Havasu City destination. Because of the hot bright sun, my first impression of Havasu Falls RV Resort was unfavorable. I'm that way about heat. I just don't like it.


It was miserably hot... reaching upward to the high 90's over the next few days.  We did little except rest indoors for the first two or three days and Wayne's cold slowly began to improve. We ventured out only in the late afternoons to sit in the shade on our gravel patio area surrounded by the dog pen. Lexie and Ozzie weren't candidates for the heat or the gravel, either, so they lay in their beds staring up at Wayne and me as if to ask, "what are we doing here?"


Proud of my dedication to the daily walking effort, I did lace my sneakers the first morning of our LHC visit but soon found I had two choices... (1) walk around the campground circle a dozen times, or (2) walk alongside the five-lane highway in the hot sun and gravel.  I put my sneakers back in the box and promptly placed the box into the closet for now.

In a few days, I did come to like the campground a little more and even took a few pictures. 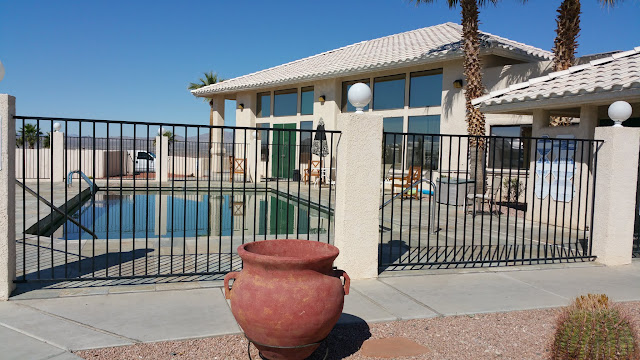 I also snapped a photos of few desert blooms from around the campground... 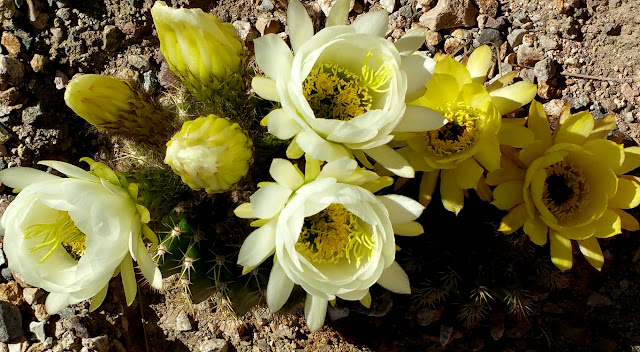 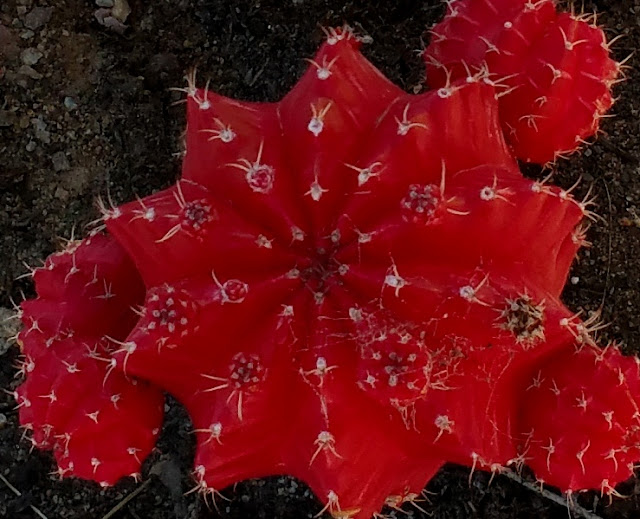 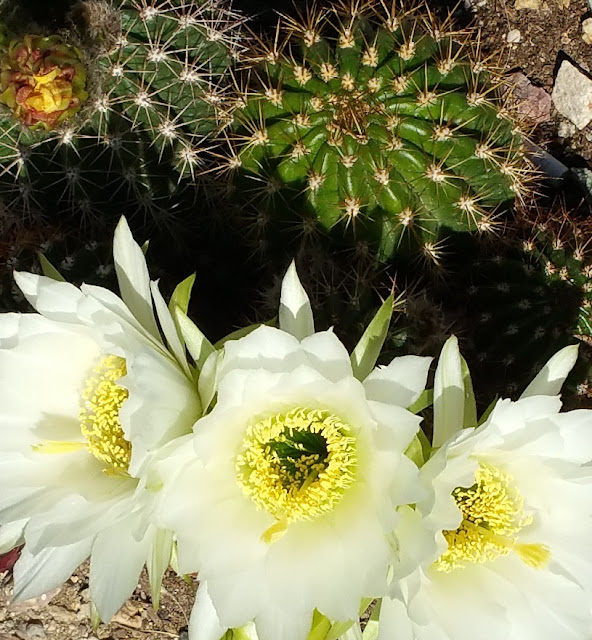 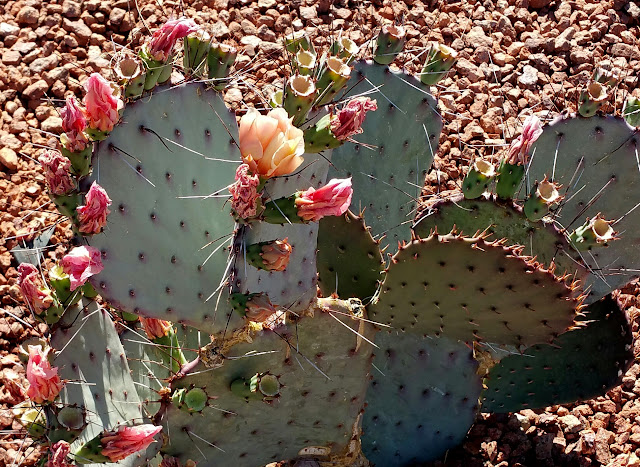 Somewhere along the middle of the week, I caught a glimpse of a cute white rig pulling into the campground. The rig looked like something straight out of a camper or auto manufacturer's brochure.  We saw the name on the side of the camper... Oliver something... Oliver Elite... Oliver Elite II.  How cute it was being pulled by a perfectly matched Infinity SUV... In an instant I was Googling "Oliver Elite" and to our surprise and amazement, Wayne and I learned these adorable little tow behinds are made in Hoenwald, Tennessee -- a stone's throw from where Wayne grew up and where we had lived at one time.

We met the friendly couple from North Carolina who owned the Oliver Elite and enjoyed visiting with them for a few minutes. Barbara and Bob only stayed a couple of days, but we hope to meet up with them again. 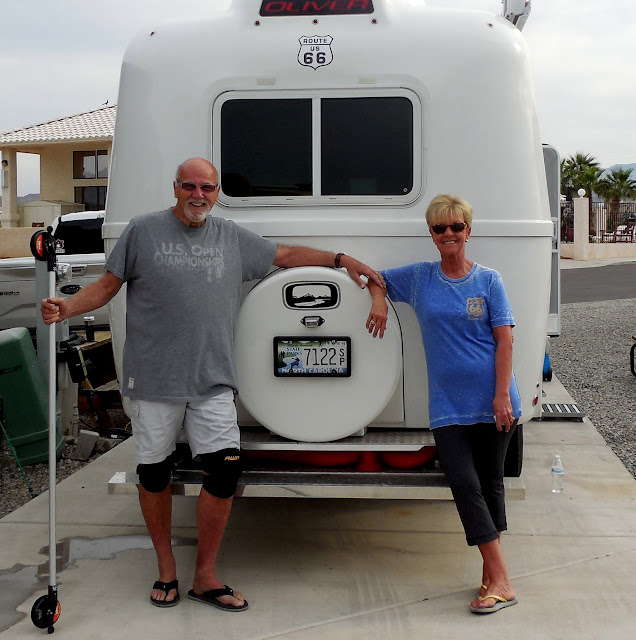 So by this time, Wayne's cold is much improved and we plan to take in a few sights.
Email ThisBlogThis!Share to TwitterShare to FacebookShare to Pinterest