From The Palms RV Resort, Yuma, Arizona          In the days following Christmas and New Years, weather in Tucson got better despite being so short in daylight... down to 10 hours; but full of glorious sunshine.  Then on January 2, Pam, Ernie, Wayne and I moved westward to Yuma.  As always, I loved the westward drive; seeing the mountain ranges and desert. We drove through miles and miles of beautiful saguaro cactus but then they finally began to disappear somewhere along the way. 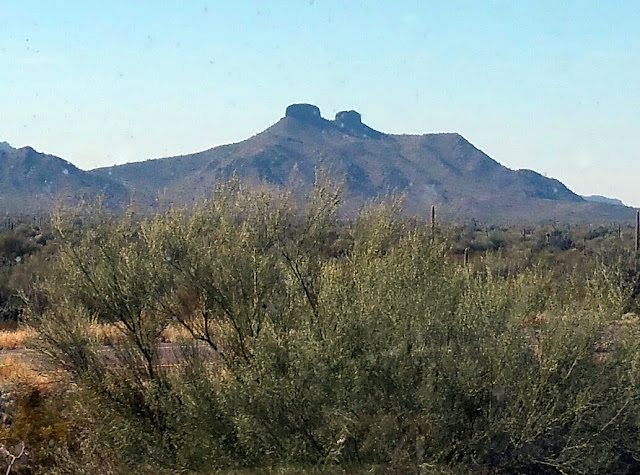 We passed the world's largest, $1.45 billion, Solana solar power project at Gila Bend.  This 2010 plant was expected to power 70,000 Arizona homes when announced in 2010 by Barack Obama and Rep. Gabrielle Gifford. Solana would make Arizona the "solar capitol" of the nation.  I read that the facility has fallen short of it's original expectations, but hopes are high for it's future.

Nearer to Yuma, Wayne pointed this train out to me. We like riding along with the long freight trains in the west but this one was most peculiar as it was but about a dozen cars -- but they were being pulled by a truck!  Whoa! That's gonna take some research....


Approaching the Fortuna Foothills in the afternoon, the coach became warm enough to peel away the socks and rest my feet in the warm sunshine of the dash. 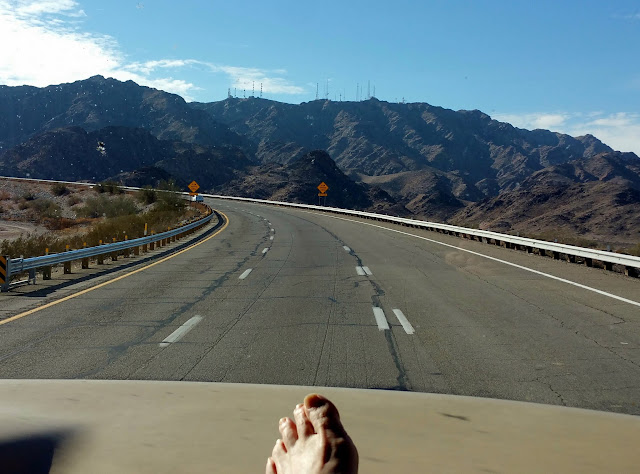 Another good southwestern Arizona view of mountains and high desert. The photo below was taken on approach to Yuma, in the Fortuna Foothills area. 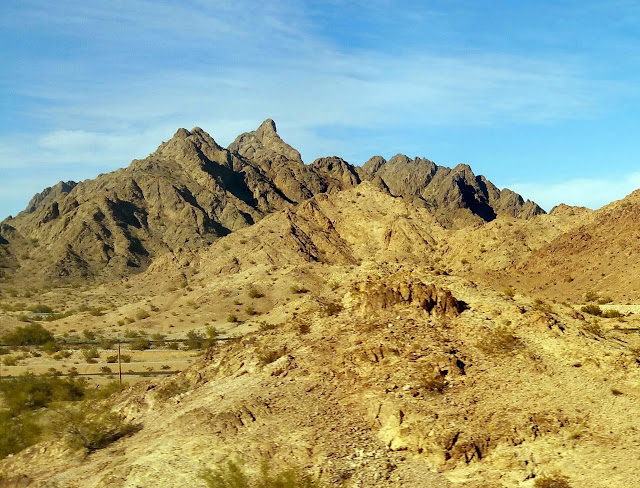 The sites assigned us at The Palms in Yuma were changed from #108 and #109 to #151 and #152 when we arrived. No matter, the replacement sites are nice and we like the campground.

There's good news and bad. Good news is that we made more new friends at The Palms. Suzie and Jim have Georgia tags on their vehicle so we stopped to exchange our usual Southern greeting... "What's a couple-a nice Southern folk doing in a place like this?"  To which they replied, something like, "come on over and sit a spell"  or something akin to that. And another good RV friendship begins to bud.

Another benefit to being in Yuma was that we got to see our RV pals, Marcella and Landon too. We first met them here in Yuma back in January 2011. Within a week, our RV group has grown to eight.

But after six days in Yuma we had endured more rainy, cold days than sunny ones -- thanks to this year's El Nino effect on the southwestern states. The cold and rain were starting to take it's toll on us and we very nearly pulled up stakes and headed to Florida.

We enjoyed several outings with friends, old and new including a pizza dinner at Da Boyz in downtown Yuma where I like my mango flavored margarita so much I took a picture of it.

Our motto, "the more, the merrier" suddenly seems too serious when our new friend, Jim, provides us with outrageous behavior that results in a modification to "the more, the crazier"....  Never a dull moment when Jim's around.

No camping group is complete without at least one outdoor breakfast and we had ours on a cold, partially cloudy morning at Jim and Suzi's campsite.  Mimosas and Jim's propane fire pit kept us warm. Suzi made egg McMuffins. Pam fried potatoes. Wayne and I brought our appetites.

The agriculture here in Yuma is quite a site. I saw somewhere that if you eat iceberg lettuce anywhere in the country, during winter, it most likely came from Yuma. Miles and miles of beautiful produce grows here. One day we passed a field of celery being harvested and the smell filled the air. 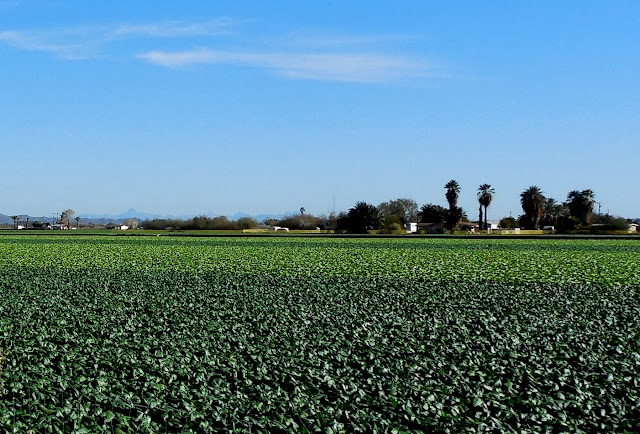 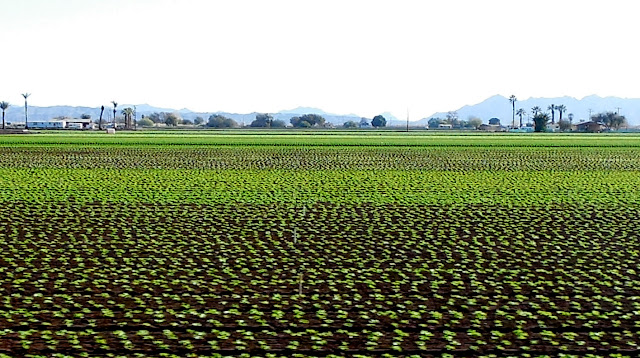 Finally, the El Nino rain moved out and the daytime temperatures started to climb into the mid 60's, then high 60's and then to 70. That's good.  Pam, Ernie, Wayne and I threw out our idea to run away to south Florida. I'm glad. Our trip is good, our friends are the best and ... there's more to come. We are fortunate, indeed.
Email ThisBlogThis!Share to TwitterShare to FacebookShare to Pinterest