From The Palms RV Resort, Yuma, Arizona       That same afternoon, following our off-road adventure, Marcella and Landon led Jim, Suzi, Ernie, Pam, Wayne and me out for a date shake.

No one in our group would be willing to try a date shake except me, but that was enough to make the short drive through the Bard Valley to the Imperial Date Gardens store.  I can't pass an opportunity to try a different treat.


I continue to be in awe of the agriculture here. Yuma is the third largest vegetable production county in America with 350 days of sunshine annually.  It's the winter lettuce capitol of the world. Over 175 different crops and seeds are produced here.  Almost one quarter of a million acres of agricultural land. 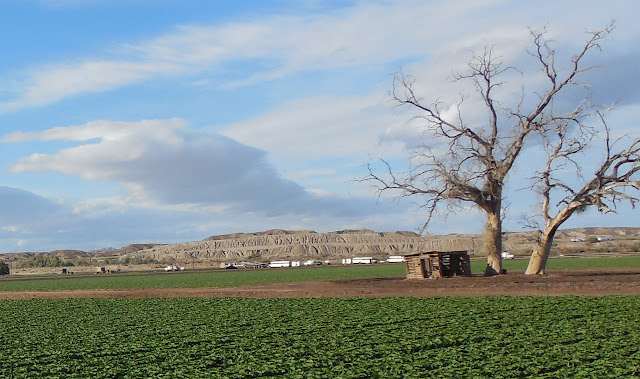 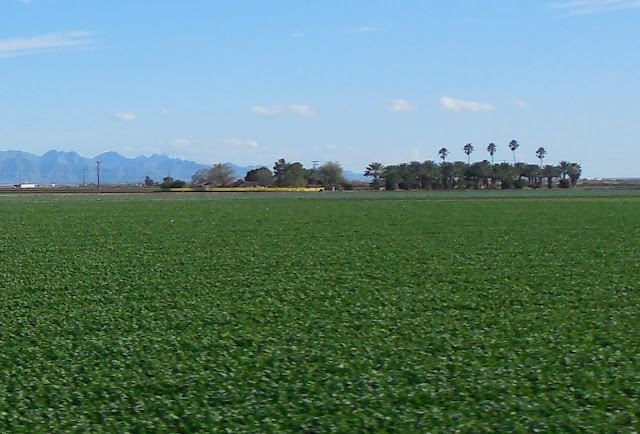 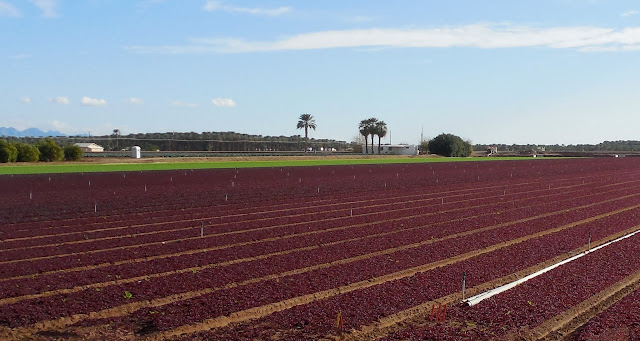 Finally we reached the Imperial Date Farm in Winterhaven.  I've not eaten many dates and I didn't know much about them, but learned here today that dates are some of the oldest cultured tree crops in the world. They sustained people in the Middle East and North Africa for thousands of years and were considered a delicacy. They were served as a royal food for generations.

﻿ Imperial Date Farm dates are a special Medjool variety that originated in Morocco and were introduced into the United States in 1927. A mere eleven original Medjool shoots were brought to the southwest U.S. Just nine of those original eleven survived. In 1944, twenty-four off-shoots from those original nine surving plants were placed in the rich earth of Bard Valley, California.

The Medjool is the only variety of date picked and eaten fresh making them the most labor intensive of all dates. 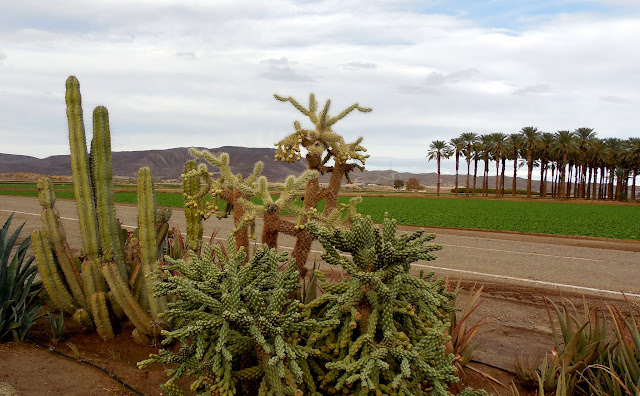 ﻿﻿
My Imperial date shake that afternoon was really, really good and yes, I liked it very much.
Email ThisBlogThis!Share to TwitterShare to FacebookShare to Pinterest