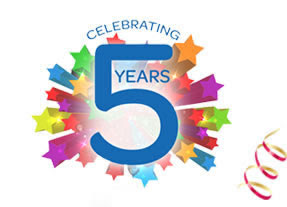 July 4, 2015 marked the end of our fifth year as nomads, living the life we love traveling all over America and Canada in our motorhome.

We celebrated as we always do, quietly, soothing Ozzie through the Independence Day fireworks. Lexie isn't bothered by fireworks, thank goodness.


This fifth year took us from Crescent City, California north into Oregon and then into the far northwest reaches of Bellingham and Mount Vernon, in Washington State before making an emergency eight day marathon drive through Montana, Wyoming, Nebraska, Missouri, Kentucky, Tennessee and Alabama when my brother's congestive heart failure worsened.

We stayed a total of nine weeks in New Market, Alabama in August, September and October to be near my brother's home. Later we'd visit Tennessee, Birmingham and Gulf Shores, Alabama, Panama City, Reddick and Fort Pierce, Florida before making our way across the peninsula to our winter destination at Seminole Campground in North Fort Myers.

Distance in motorhome miles for the fifth year total just 6,340 as a result of our lengthy stays in Alabama, North Fort Myers and Crossville, Tennessee. Total motorhome mileage as full-timers reached 47,691 on this date.

Of course the most impactful event of this year was the deterioration of Macky's health and his death in April. We lost friends this year too, several of Wayne's childhood and high school chums and most recently, our friend Rick, who died unexpectedly.

Our own health remains good but Wayne's doctor did start him on a low dose of cholesterol lowering medication. He and I suffered through a terrible flu / cold too that took a really long time to go away.

Our dogs, Lexie and Ozzie began the fifth year with a daily (or almost daily) routine of tooth brushing after their serious dental issues discovered by their vet in Crescent City last summer. Additionally, Lexie had to have surgery for a cancerous mammary gland. Happily, her prognosis is "cautiously optimistic"...

We made many new friends this year too and are planning a winter, spring and summer excursion to the southwest and then Alaska for next year.  Golf has become our past-time and contributed to our decision to buy a new Ford F-150 Lariat to haul all the stuff we are accumulating.

Florida became our state of domicile this year when Obamacare caused a loophole in South Dakota's special accommodation for full-time RVers that resulted in my health insurance company leaving the state.

A final development that quickly fizzled was our idea that we might want a house. It started with a thought that we might like to buy a piece of property on a Tennessee lake where we could spend a few spring and fall months. The idea morphed into a thought of building a house.  Thank goodness we came to our senses.

An so today we begin work on Year 6....
Email ThisBlogThis!Share to TwitterShare to FacebookShare to Pinterest