One of our Seminole Campground reunion activities was a very loosely organized visit to nearby Groton, Connecticut and The Naval Submarine Base at New London.


A bunch of us loaded into a couple of cars and off we went...


Of course this group of unruly senior citizens doesn't go anywhere or do anything without eating, so we stopped at a nearby Dunkin Donuts.


At least a dozen of us piled in to devour coffee and donuts. The tiny little shop was overwhelmed... each couple asking for their senior discount.

The Naval Submarine Base at New London began as a naval yard and storage depot in 1868 and was first used for laying up inactive ships. 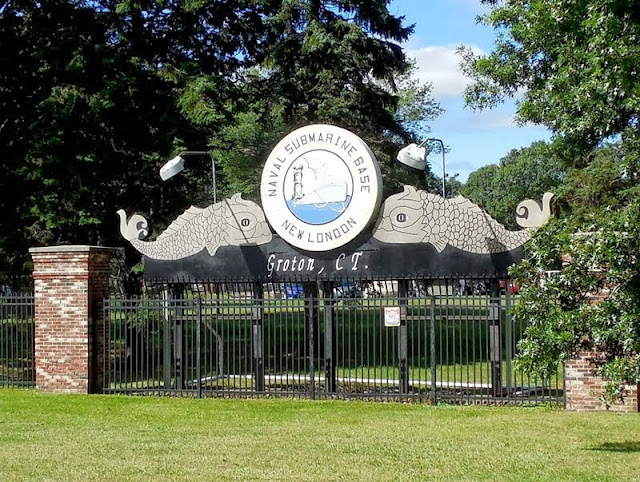 The land for the naval submarine base was donated by the state of Connecticut. The base was closed in 1898 but reopened in 1912.

I'm a bit claustrophobic so the "very early" model submarine in the picture below bothered me.  Imagine going through the tiny opening in the top and being beneath the waves inside it.  No thank you. 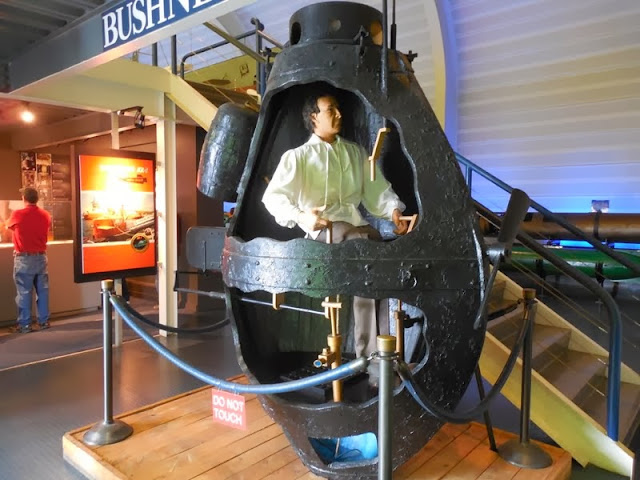 The specially constructed elevator in the next photo was specially built for President John Kennedy prior to his visit of the USS Thomas A Edison SSBN 610 in 1962. The elevator was lowered into the ship through the hatch. It's final use, in 1985, took Senator Barry Goldwater onto a Los Angeles class submarine in San Diego, California. 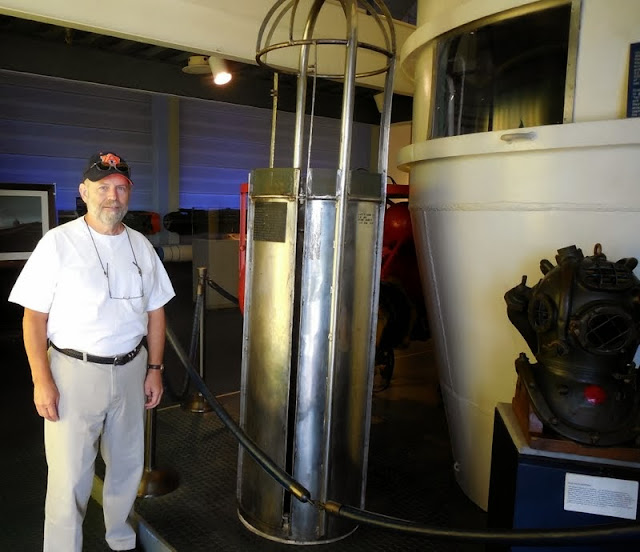 On January 21, 1954 the first nuclear-powered submarine, the USS Nautilus, was launched from Groton. USS Nautilus became the first vessel to transit the North Pole during an historic trip across the Arctic in 1958. It was retired from service in 1980. This would be our second boarding of the USS Nautilus.

﻿
And now for a few photos of our visit inside Nautilus.


Visiting U.S. Naval bases is a special joy to Wayne. All his military serving family members were Navy men. Typical of Wayne, he opted to join the Army instead.