After visiting Mesa Verde we were pretty ready to leave the desert. While the nights were cool, daytime temperatures were reaching into the 80's and the sun was intense every day. We both had gotten too much sun.

But wait! We haven't been to Four Corners and we really want to visit Monument Valley to see the location of our favorite western movies.  After much discussion and lengthy deliberation, we  decided to compromise and drive northwest to Moab -- saving For Corners and Monument Valley for another visit. 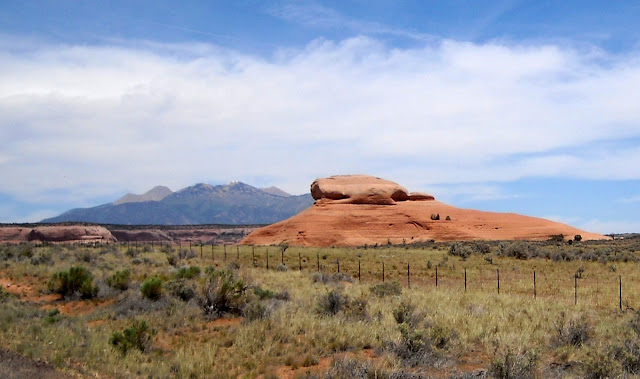 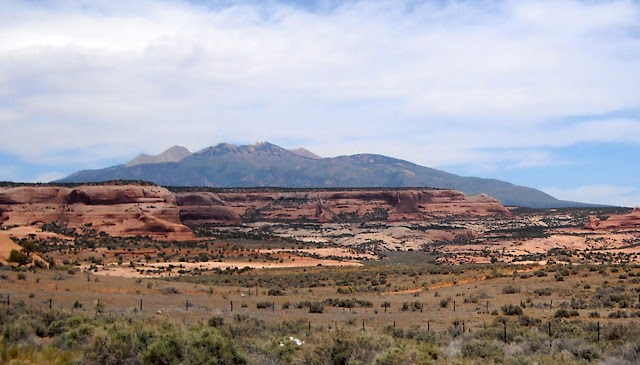 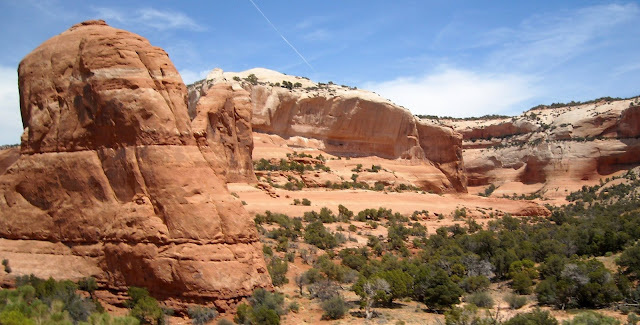 We reached Moab to find every campground had gravel or sandy interior roads to compliment their high prices. That, compounded by the ever blowing wind and the dust accumulating inside the coach and the car, made our decision to move on an easy one. We've been in the dry hot blowing air since Amarillo. We must continue to forge ahead. It is time to find some green.﻿
I don't know the names of any of these places where the scenery was so pretty. It's along US 191 and it's in the Arches National Park region.  Beautiful pink and green cliffs. The map shows that Canyon Rims would be on our left and La Sal Mountains on our right as we drove north on US 191.
Just north of Arches National Park we took I-70 west and began "backtracking" the route we traveled last September as we came through Utah.  Driving over roads already traveled is no fun for me. This route will take us up to Salt Lake City and Ogden, Utah again. Then we'll head toward Boise.
And then... at long last, we begin to see some green and there's some snow on the mountain ahead.

By now, you might have guessed, I hold my camera out the window to take pictures.  Today, I removed the aggravating screen that has been causing me such grief.  Always having to lift it is a problem as I nearly always have two little white furkids in my lap -- and one of them always has her head on my left wrist -- sleeping.

Oh the pictures are much clearer now. 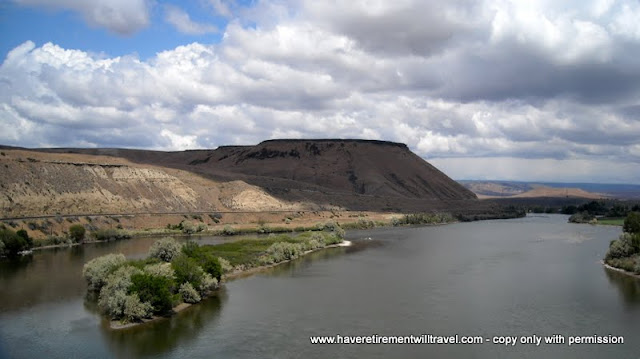 The second afternoon we reached Caldwell, Idaho where we stopped at Ambassador RV Park.