Somewhere between Idaho Falls, Idaho and Ogden, Utah our parallel travel with Marcella, Landon and BJ ended.  We saw them last at a Flying J fuel stop where BJ had just caused Marcella grief by losing his cookies after gobbling his food during the lunch stopover.  We pulled in for fuel and Landon explained Flying J's loyalty discount card to Wayne.  We got ourselves one of those cards and we're Flying J loyalists as a result. $0.02 a gallon mounts up quickly when you by 100 gallons of diesel every few days.

Landon and Marcella drove on to the Provo area where they learned they could have their washing machine repaired.  We stopped at Sierra RV in Ogden to have the patio awning repaired.  When the awning work was complete, we stayed on for several days at nearby Willard Bay State Park along the northeastern part of the Great Salt Lake.  Our campsite was nice, notwithstanding the proximity of the interstate, whose noise soon became just a constant low background roar.  We really didn't take in much of the area sights -- instead, we just sat around the campground, watched some college football and played with Lexie. Wayne and I (me to a lesser degree) are getting football fever and contemplating a return to the southeast. We know we'll return to Utah to see more of it someday.  But as we leave here today, we're heading for Colorado.
On Wednesday morning, September 14, we pulled out of our campsite headed for Rifle, Colorado where we were going to see male Maltese rescue I'd found on the Petfinder website.  I've been in communication with the dog's foster mom and from her description, Ozzie might be a good adoption for us.

While the new adoption is exciting to us, we learned that Marcella, Landon and BJ have excitement of their own. They've just traded their Jeep Liberty in on a new Rubicon. Being desert rats and off-road enthusiasts, they're all excited at their new wheels and sent pictures to us. Without their permission, I'm sharing one of their pictures here.
The trip to Rifle, Colorado was originally planned over two days, arriving late Thursday evening, but the drive along I-70 through eastern Utah was so nice, we just kept going.  The scenery was simply beautiful. 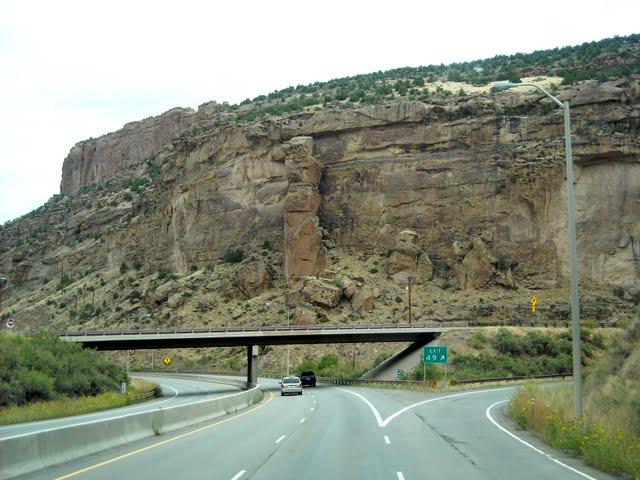 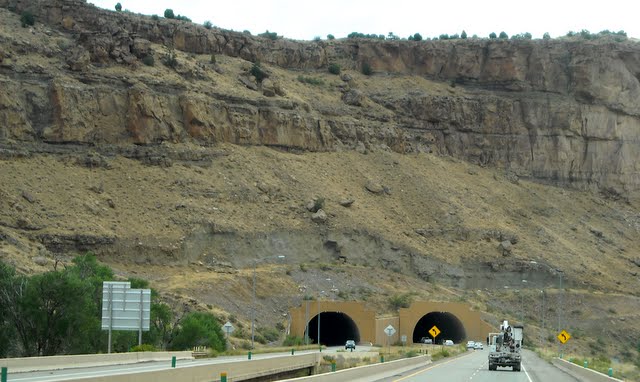 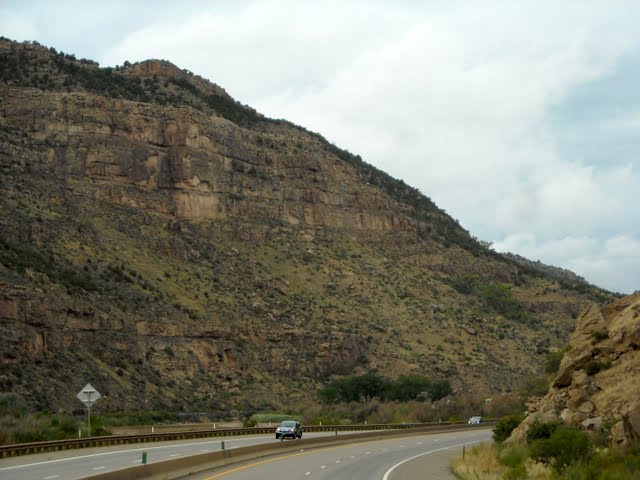 Fruita, Colorado, just across the state line from Utah on I-70 seemed like a good place to stay over for the night. I had planned to ask Robin, the adoptive dog's foster mom, to bring him there for us to meet him. Then I thought we'd spend a few days exploring Canyonlands National Park, Moab and Arches National Park.  To my surprise, Wayne was eager to get to Rifle. Secretly, I know he's as excited as me to meet little Ozzie.   .... so we drove on in a light rain that became a pouring one as darkness fell.  By 7 p.m. we reached Grand Junction where we knew we'd find a Walmart near the interstate.  To our dismay, a Grand Junction city ordinance prohibited parking there.  The GPS located another Walmart and we drove there, where, not seeing any signs prohibiting overnighting, we found a spot, walked Lexie and then crashed into our bed to to sound of light rain.  The next morning, I as dismayed to find a sign right in front of the coach prohibiting overnight parking.  Oh well.
Email ThisBlogThis!Share to TwitterShare to FacebookShare to Pinterest