Georgia On My Mind

Heavy rain is expected all across north Florida for the next two days and so we've hunkered down in a beautiful little campground, Country Oaks, in Kingsland, Georgia. We're less than 30 minutes north of the Florida state line.

One of the local attractions at St Mary is the Sail of USS George Bancroft (SSBN-643) displayed at main gate of the Naval Submarine Base at Kings Bay. This very unusual memorial was dedicated in 2000, as part of Kings Bay's celebration of the submarine forces' 100th anniversary. It's quite a site to drive upon this behemoth unexpectedly. 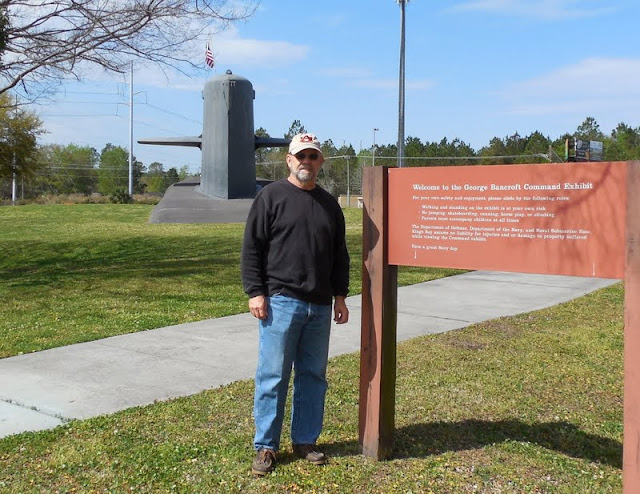 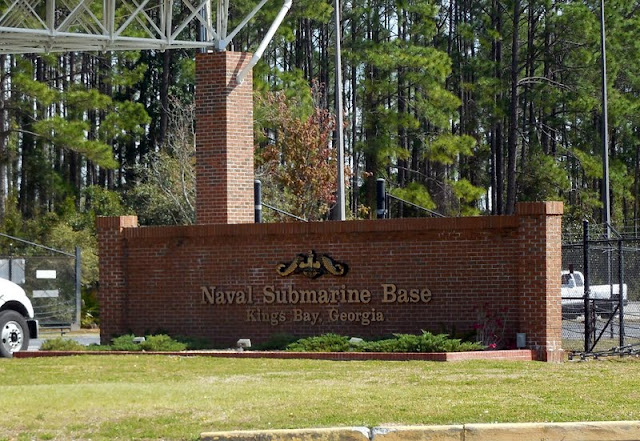 Of course civilians just don't get to stroll onto military bases these days, so from the gate of Kings Bay we made our way to the waterfront of St Marys where we visited (dogs in stroller) St Marys Submarine Museum.

St. Marys Submarine Museum is located right on the riverfront and offers visitors the chance to get up-close and personal with the history and operation of America’s most famous submarines.

St. Marys Submarine Museum is the largest museum of its kind in the South and it's the fifth largest submarine museum in the country. Nearly all the WWII Patrol Reports and their command history files are housed here with documents previously classified -- most unseen by the average person or submarine veteran. 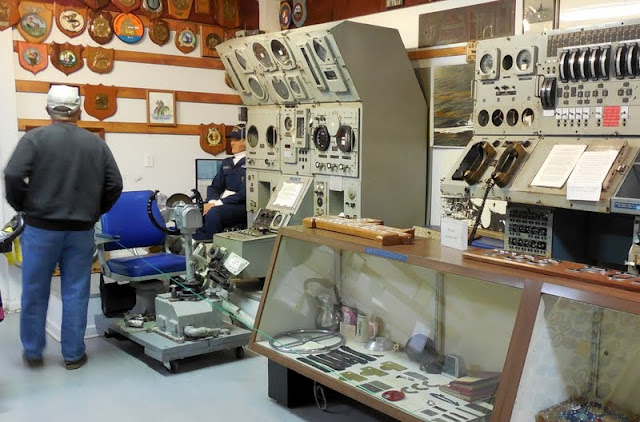 St Marys Submarine museum features shipboard equipment including a ship’s control panel, ballast control panel, working periscope, a WWII dive suit, and other items from around the world including two items from the sunken Russian submarine Kursk,which I didn't realize were there until later and I'm sorry I missed.
A ride through town gave us a couple more historical treats too.
We've been here at Country Oaks three nights already.  Considering the pleasant surroundings, it's likely we'll stay on for a few more days.  There's no pool, spa, tennis court, activities or even a coffee get together, but the quiet serenity makes it a perfect place to relax after the torrential rain subsides on Monday.

Relax and exhale.
Email ThisBlogThis!Share to TwitterShare to FacebookShare to Pinterest