From Outdoor Resort Palm Springs, Cathedral City, California        Our neighbor, Bob "Tex" Summers, from whom Pam and Ernie rented their golf cart, is a docent at nearby Palm Springs Air Museum. Bob (as we call him) invited us to join him for a tour of the museum today. Always interested in military history, Wayne and I were thrilled to receive the invitation and accepted without a moment's hesitation.  We agreed to meet at the museum's entrance when the doors opened at 10 a.m.


CNN Travel named Palm Springs Air Museum one of the top 14 aviation museums in the country with it's three hangars displaying aircraft from WWII, Korea and Vietnam. The first stop for our visit today was the Pacific Theatre Navy Hangar where, in addition to seeing the Avenger, Corsair, Dauntless and Invader, we saw the floor to ceiling Pacific WWII map and beautiful artwork.

The first hangar also held a traveling display of Vietnam POW bracelets and a wall of Prisoners of War photographs. The bracelet of Senator John McCain was in the display. 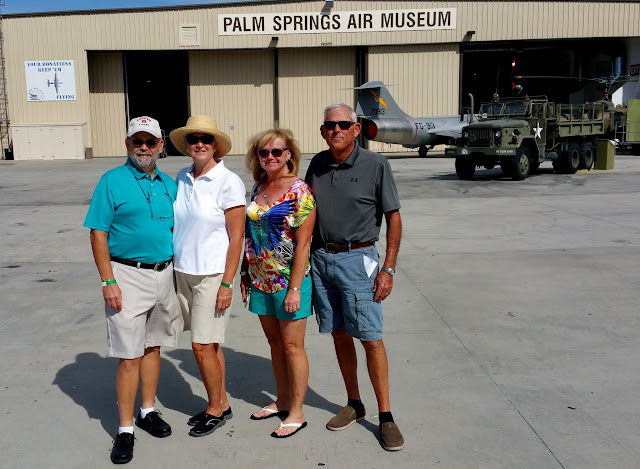 This McDonnell Douglas F-4B Phantom II  is a multi-service twin-engine, all-weather fighter-bomber flying concurrently for the US Navy, Air Force and Marine Corps. This one came to Palm Springs Air Museum in 2012 and I heard it is currently for sale. Weird... Who sells, and more importantly, who buys such things? 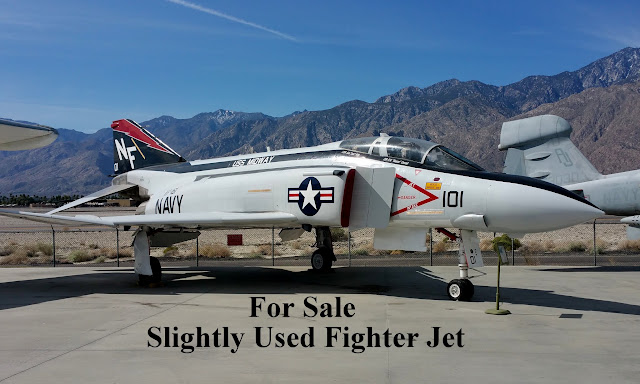 The next hangar featured exhibits of the European Army WWII.  Bob introduced us to Jim Flanagan, a veteran of the war in Europe and another docent of the museum. Mr. Flanagan's stories were fascinating and colorful. He had been friends with several of the pilots of the planes in the hangar. 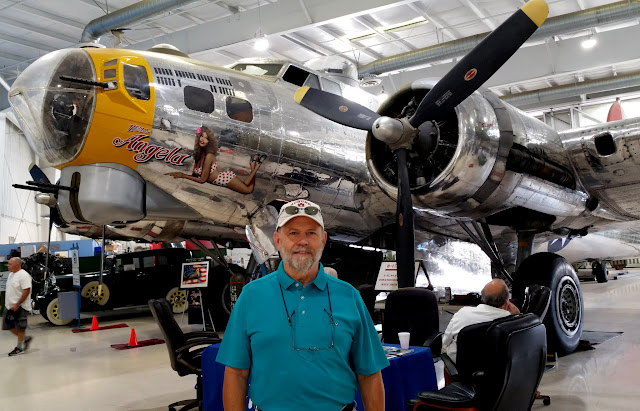 A final stop at the museum was to meet an artist named Chris Demarest. Around his workspace, rows of paintings of servicemen and women hang on the walls. For more than two years, Chris Demarest has travel around the country, painting portraits from photographs at libraries, museums and retirement homes. He started the project as a tour, but now he calls his work a "journey".  I wish I had taken time to talk more with him about his work.

Our Palm Springs Air Museum tour ended with the purchase of a new air museum shirts from the gift shop. The five of us went on to Tyler's in Palm Springs for lunch. Delicious hamburger sliders, cole slaw and french fries washed down with some kind of special raspberry tea. I'm sorry I didn't snap a picture of the cafe or the food.  All the while Bob never yeilded his role as a local ambassador, telling us about the Palm Springs street fair every Thursday evening.  The four of us plan a return to downtown Palm Springs later this week to see it for ourselves