Doggie Treats, The Sweet Smell of Salmon and... A Kitten!

As weeks turned into months in North Alabama, we busied ourselves around the campground when we weren't visiting Macky -- at home or in the hospital.

I bathed and groomed Lexie and Ozzie over several days they stayed clean about 48 hours.  On several occasions, I drug out the camera and took a few "proud dog momma" photos. Here are some of my favorites.


Both the dogs love to "go for a ride in the car" and Ozzie runs to get in when pop says it's time to go. 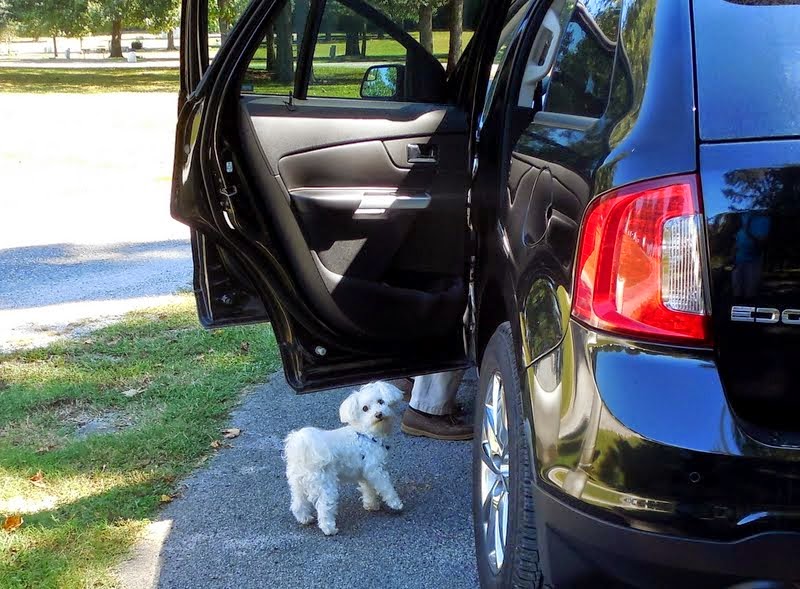 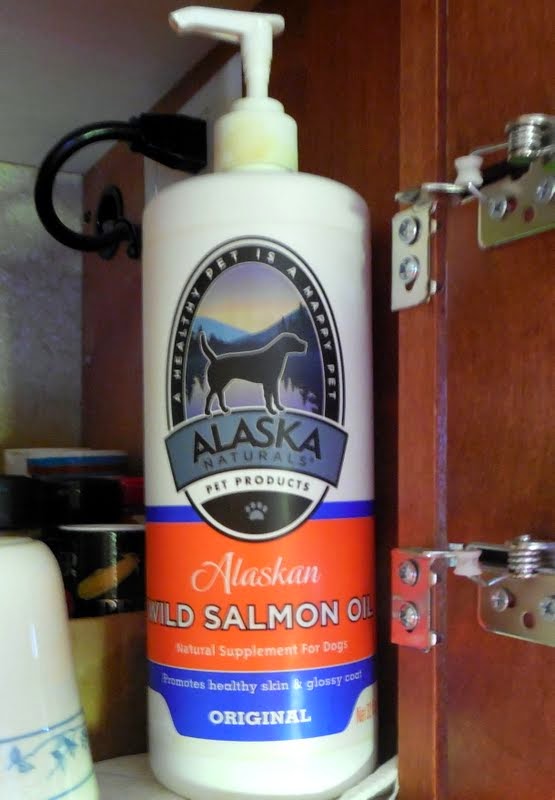 A while back, on the recommendation of our vet in Crescent City, California, Wayne began adding omega 3 oil to Lexie and Ozzie's food in hopes of making some headway against their licking and paw biting.

After doing some research we decided to try Alaska Natural Wild Salmon. I ordered it on Amazon. It's made a real difference in the thickness of their coats.

It has not, however, done much for the paw chewing and chest licking as was hoped.

One early October afternoon, while Wayne was doing paperwork, I loaded Lexie and Ozzie into the car for an afternoon ride to visit Mack and Donna. Their home is ten miles down the road and is definitely "out in the country" as I grew up saying.

As usual when traveling along a country road, I had an eye out for pets that might have been dumped on the roadside. Anybody who knows me or looks, even casually, at this blog, knows of my animal rescue obsession. This day, I passed a small kitten crouched on the edge of the road.  I stopped the car and got out. The skinny little kitten ran into my arms and began a constant crawl all over me.. purring all the while. This behaviour made it clear that she had been dumped by someone she loved. No doubt there had been others dumped with her who had not lived. This one was clearly starving.

I wanted to keep the kitten but I had to prove to Wayne that I could rescue without adopting and so the process began to get this little girl into a good home. It came as no surprise that Wayne was gentle and sweet about the kitten and worked with me to care for her.  I asked around in the campground and made a few contacts about getting a home for her. No one was interested in taking this beautiful and lovable little girl.

The kitten was so lovable that she would wind herself around my feet and I couldn't walk without fear of stepping on her. To our surprise, she could squeeze her little head and body through the wire of the dog's playpen. I finally managed to keep her in a dog crate during the daytime hours. At night, she had the run of our car. Fortunately we were deep enough into autumn to have mild night temperatures.  Covered in fleas and ear mites, we couldn't let her in the coach or play with the dogs, but they did seem to like each other.

To keep from getting too attached I didn't give the kitten a name. After nearly a week, I got her into a rescue group. It helped to make a financial contribution.  Once again, Wayne was gallant and wrote a generous check. I love that man.  On a Sunday afternoon, we drove the kitten to meet the rescue group lady. I managed to hold back tears that afternoon mainly because I know she will be easy to place as she appears to be a healthy little Siamese. The rescue group are calling her Olive. Sweet.

Ozzie and Lexie seemed to like having the little kitten around the campground even though they could not all be together. Here's a picture of Ozzie just after we left the rescue property. Maybe it's me but he looks a little sad.

This post is another in a series of several that are overdue by a few months.