This post is another written several months in arrears due to the serious illness of my brother.  Until recently, I didn't want to post about our activities during this difficult time. I've changed my mind.

Wayne attended Columbia Military Academy (high school) and has stayed in touch with several of his school and classmates over the years. CMA was a boarding military school and I suppose that fact alone can make the friendships stronger. At any rate, at least three CMA alumni live in or around Huntsville, Alabama. When word got out that we were in the area, plans were made to get together.

One afternoon in late September, two of the old friends, Dan and Walker, came to the campground for a late afternoon cookout and visit. A week or so later, on a Saturday afternoon, another friend, Bob and his wife Kim, drove out for a visit and took Wayne to lunch.  I think he enjoyed these get-together a great deal. Wayne has always been sentimental, but more so as he ages. Sadly, I didn't take photos of him with either of these friends. I'm sorry about that.

In early October Wayne was received a phone call asking if he'd like to attend a special award in the making at Redstone Arsenal in Huntsville. Seems another of the CMA alumni would be the recipient of the U.S. Army's Silver Star for service in Vietnam during 1969. Wayne and several other of the local CMA cadets would attend the ceremony for their friend, Phil Fikes, together.  Rather than attempt to include all the very important facts surrounding the award, the circumstances and the man, I will include a link to the local news coverage. It is Here

At one time, long ago, Wayne was a very good photographer -- but that was back in the days of roll film and heavy 35mm cameras. Sadly, the very important photographs to be had this day were shaky and blurry. It doesn't matter. He was there to be a part of this long overdue military award and that's what did matter. 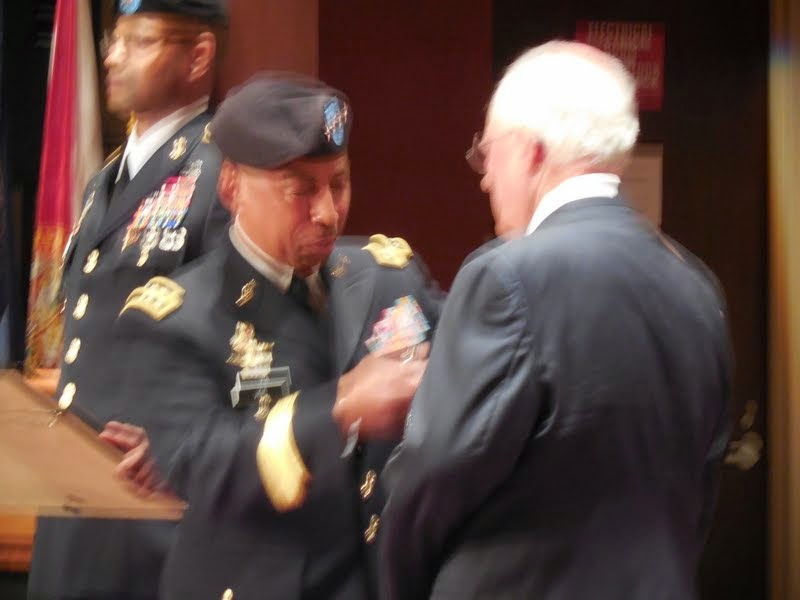