Our quest to find cooler temperatures as we departed the San Francisco Bay area ended at the tiny coastal village of Trinidad. This is one of the smallest and oldest cities in California. A rugged coastline, spectacular sea views and beautiful tall, lush forests are the main attractions... along with a population of 396, mainly fishing families, who call this place home.


Trinidad is about 30 miles north of Eureka along the Redwood National Park. There are five campgrounds along the coastal road here and three others in the nearby state park. We selected Sounds of the Sea RV Park and find it to be a good choice. Anytime we're outside the coach we hear the loud, long, continuous bark of seals coming up from across the road on the rocks below. 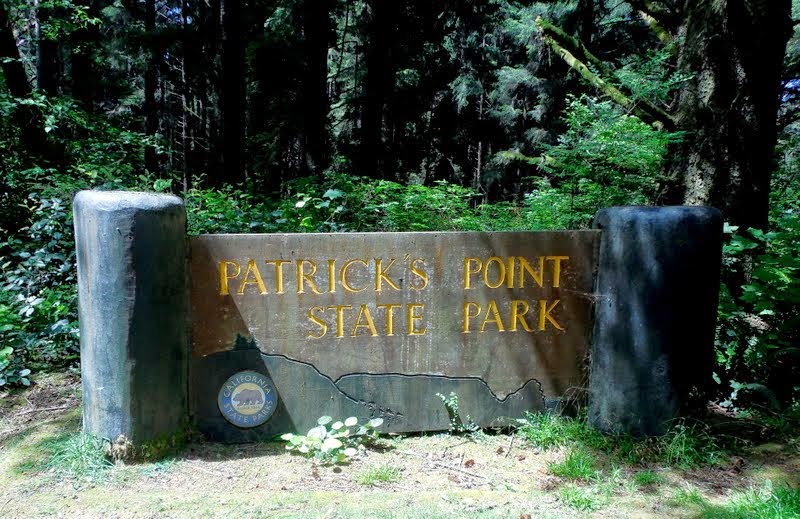 Patrick's Point California State Park is less than 1/2 mile down the road from our campground, so naturally, it became a destination while we were there.

We were especially grateful for this clear sunny day since Patrick's Point is shrouded in fog much of the year.

Rainfall averages 60+ inches a year and temperatures only about a 10 degree variation between winter and summer.

A massive sea stack called Wedding Rock is a popular vista point in Patrick's Point State Park. About 50 marriages take place here each year. The weddings started in the 1930's when the park's first caretaker married his sweetheart there after blazing a trail to the place with the best view of the Pacific.

The weather here today is perfect. Mild temperature, sunshine and no wind or fog. Our sweatshirts were soon shed and we moved along to another overlook.


Our next stop was a much shorter walk as we just went as far as Palmer's Point overlook where, in addition to a huge number of seals, we saw a bald eagle perched on a tree limb. Wayne first saw the eagle through binoculars but the bird was just too far away for a good photograph without setting up a tripod. 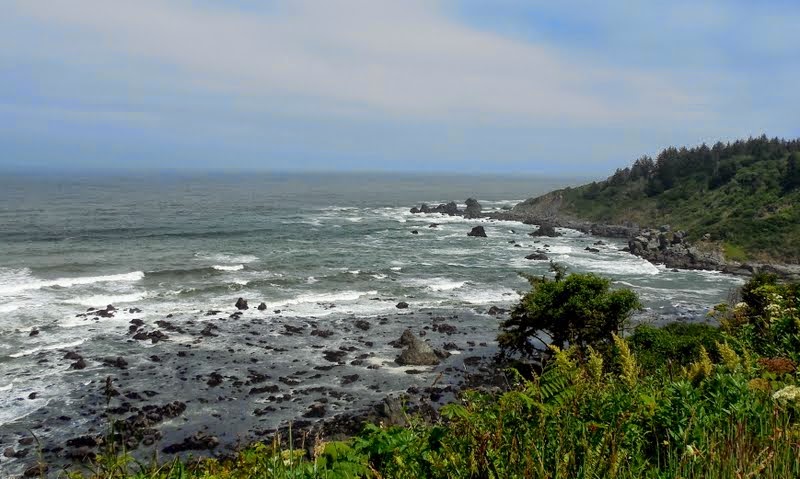 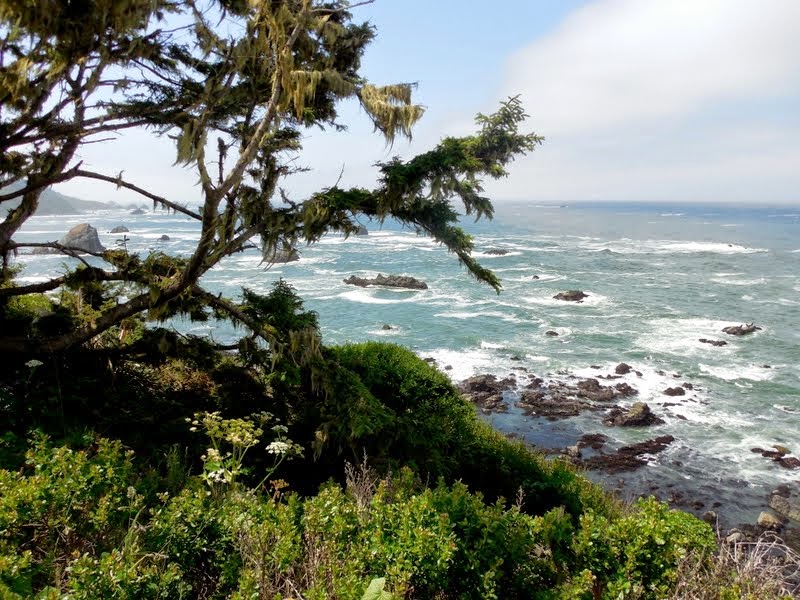 Beyond the overlook where we stopped, the trail at Palmer's Point trail continues down a steep grade into what it said to be some of the most magnificent tidepools on the entire Pacific coast. Sea-stars and crabs are easily found there. The Wayner isn't one for hiking or climbing so I didn't suggest it even though he is very patient anytime I go exploring. 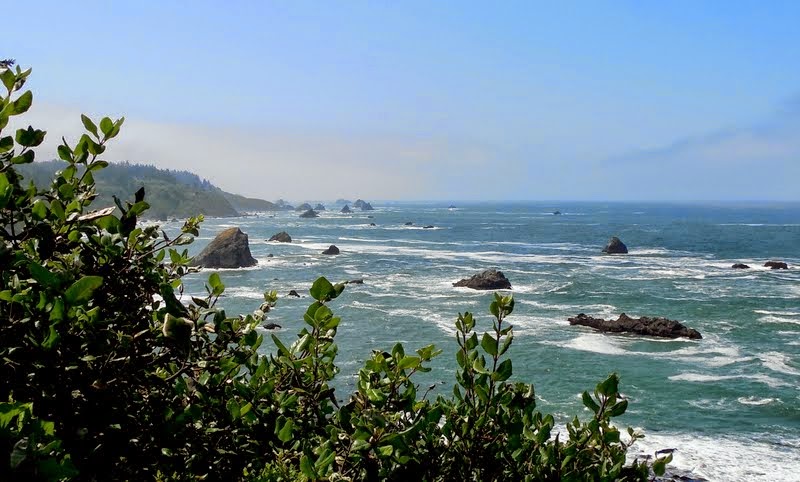 This village of Trinidad is part of the California Coastal National Monument.

Fishing, based from the tiny harbor, is vital to tourism and commercial fishery interests for the entire region.

Trinidad is clean, quiet and quaint. It might very well have passed Morro Bay as my favorite California coastal town.


The first inhabitants of this area were Yurok Indians. They were in this region before the 1700's and lived on the bluffs overlooking this bay. By 1775, a Portuguese navigator recorded that he'd seen the bay. Later, Spaniards came, claimed, settled and named the land.

By the time of the American Civil War, local Indians were raided, killed, starved and those who lived were herded away like animals. Shameful treatment of the first people without apology... again.

As the afternoon wore on, fog drifted into Trinidad bay and harbor, changing the appearance completely.

Trinidad has a very nice memorial lighthouse that pays tribute to the original lighthouse at Trinidad Head. The 25 foot lighthouse sits atop a 175 bluff, is still in operation and has been, since December 1871. 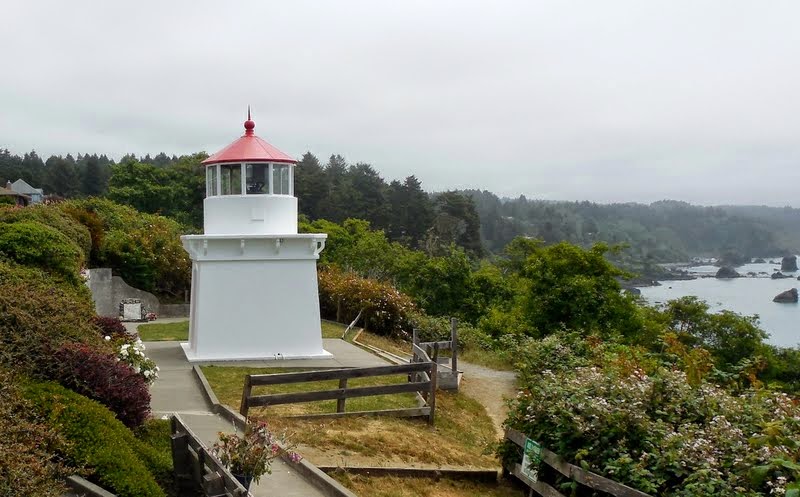 Along with the replica lighthouse, this property displays the original 4,000 pound fog bell and a memorial to locals lost and buried at sea. 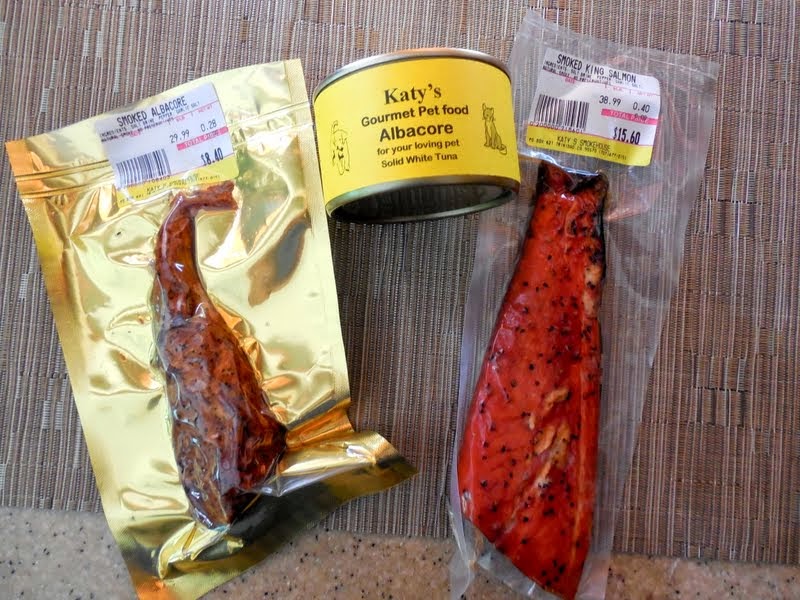 In the village of Trinidad, we spotted a sign advertising local smoked salmon. Well.... that would not be passed up!

At $39.99 per pound, we selected a small package of smoked salmon. Smoked Albacore tuna was $29.99 per pound and we wanted to try it too.

Checking out, I noticed gourmet pet food -- Albacore tuna at $2.99 a can. Lexie and Ozzie should try it....

The salmon was good, but a bit dry.


Tsunami warnings, like the one below, are posted all over this area, which is at high risk. 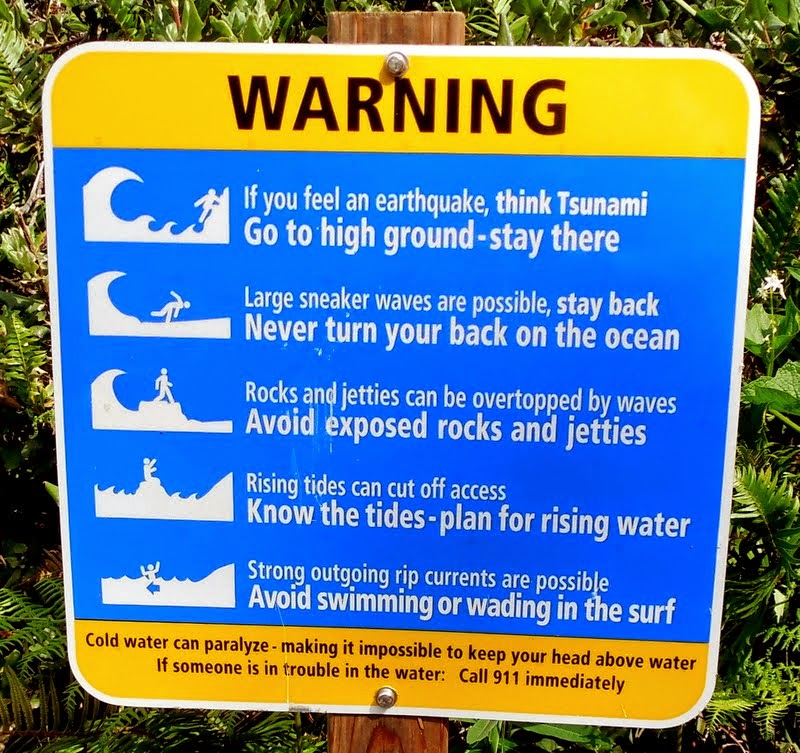