Crescent City. And It Ain't New Orleans, Y'all.

Nice as Trinidad, California was, we moved along after a few days. We've been driving and sightseeing for quite awhile now and it's time to settle down for house cleaning, rig washing, shopping, relaxing and mail call. For this we like a city with conveniences beyond what's available at Trinidad; specifically... Walmart.

And so, we picked up where we left off on U.S. 101 which is becoming quite beautiful now after more than 700 hot, dry miles from southern California.


Daytime temperatures for the next week in this region are low to mid 60's and nights about 10 degrees cooler.  Some of our northward ride takes us along the coast and among the California redwoods.


Our destination: Crescent City, about 20 miles south of the Oregon state line. Crescent City, California is named for the crescent shape of the stretch of beach here.  The Redwoods National Park is headquartered here and it is home to one of the oldest lighthouses on the California coast: Battery Point. That will be covered in a later post when we've had time to visit it.

The selection of Village Camper Inn RV Park in Crescent City as an overnight stop just happened to be a lucky draw. It's a very nice, quiet place with both wooded and full sun campsites, only five minutes from the coast.

We like Village Camper Inn RV Park and our site here so much, in fact, that we've decided to make it home for the next two weeks.

Seems there's plenty to do in this area and we'll try to get around to everything that interests us, but our first stop is to see the municipal marina area that was heavily damaged by the Tsunami of 2011. Looks like many repairs are complete now including the really nice-looking floating docks.

We learned some new stuff here too.  A General Petroleum Company tanker, S.S. Emidio was the first California coast casualty of the Japanese submarine force in WWII. On December 20, 1941, the tanker was attacked about 200 miles north of San Francisco. Five crewmen were killed.  The S.S. Emidio drifted north to this area where it broke up on the rocks. Several parts of the ship's bow were salvaged and are on display in a city park here. 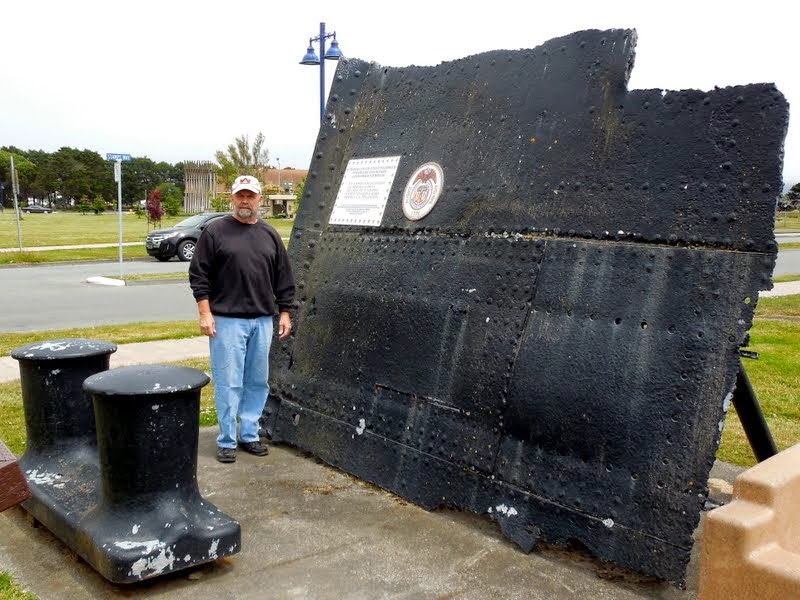 As for the weather, it is perfect.  Every day's forecast is about the same... sunny and clear with low 60's in the daytime, low 50's at night. This will be hard to beat.
Email ThisBlogThis!Share to TwitterShare to FacebookShare to Pinterest