The annual Mullet Festival is always held the weekend before the Super Bowl, which is the last weekend in January.  We attended several of the annual "free-for-alls" with our friends, Chris and Tannya, when we all lived in Naples -- way back in the 1990's.  It is truly an outrageous event.


First, there's Stan himself. Stan Gober is from Alabama so that fact alone creates some kind of weird feeling of "redneck" kinship. Stan is a crusty ole codger who fishes, drinks, sings, writes corny songs about life in Goodland, Florida and generally enjoys life. I've heard he's quite a philanthropist too. He's probably in his late 80's by now.


It's been many years since our last Mullet Festival so we were happy to be in the vicinity in time to attend. Chris and Tannya will be there and we invited some more RV friends to join us -- but in the end, just the hard-core of us returned to be honored by the drunken revelry that goes with the crowning of the Mullet Festival Queen.

The Mullet Festival goes on all weekend with fish cleaning contests, a Buzzard Princess contest for kids and music all weekend. But the grand finale is Sunday afternoon and it's all over well before nightfall.  Live music, dancing and joke sessions are held at the tiny, trashy stage area that's much too small for the popular event these days. Wood and plastic picnic tables are strewn about the dust and gravel parking lot -- some have umbrellas' other's do not.  Buckets hold bottles of beer with a few ice cubes thrown on top. Food is cooked and served furiously --- mostly not too good.  Our hot dogs this year seemed to have been wrapped in plastic.

I saw booths of kettle corn, fried and smoked mullet, fresh vegetables, burgers and fries being sold. Additionally, Stan's has a full kitchen that's serving the majority of the crowd via table service. Horrors -- imagine the wait.

The crowd is unbelievably diverse: well-dressed young couples, near naked of all ages, parents with babies, old hippies, bikers in leather, fishermen, punks, local Goodlanders and some really old people who look like they're on a group outing from the nursing home. Meanwhile, the very well-to-do sit drinking wine from fine crystal, on yachts tied to the dock.  Here's a sampling of what I managed to photograph:


Not an official part of the Mullet Festival, there are some interesting vehicles to be seen along with the serious people watching.  There are dozens, no hundreds, of motorcycles and plenty of ritzy cars. 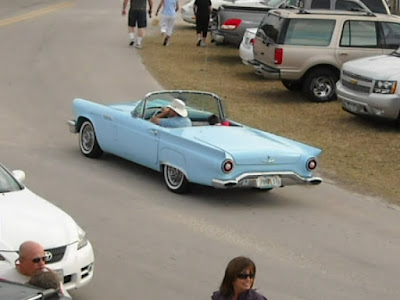 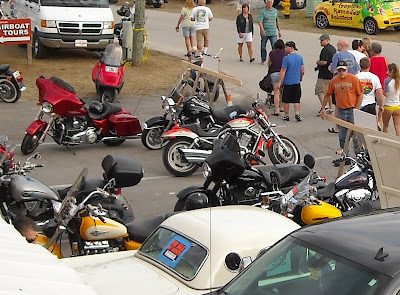 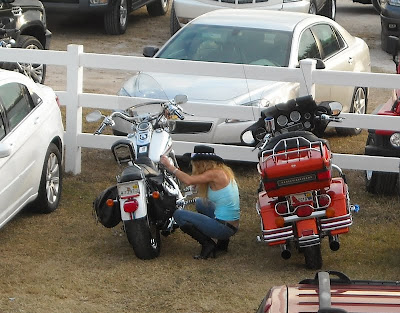 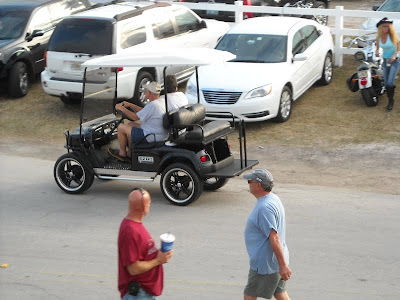 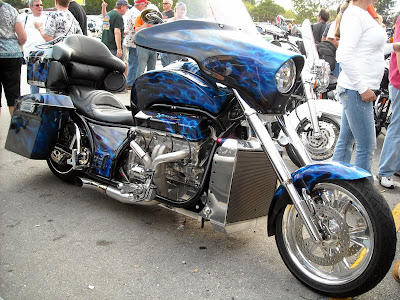 But wait. Let's not lose focus. We're here to see the competitors for the envious title of Buzzard Lope Queen 2012 and the competition is fierce. Anybody can participate. No dance routine is required and neither is talent.  It's mid-afternoon when the band begins playing the favorite Stan Gober classic, "Ever-body's doin' the buzzard lope" ...  The winner is determined by the volume of applause, hoots, whistles and other noises produced by 3,000 drunk people -- most of whom cannot even see the stage.  We hoot and holler anyway.  We choose one of the ladies... er... women (they may not be ladies, after all) as our favorite.  I squeezed my way through the wall of people on the wooden steps and tried to get near the stage for pictures.  I could not. I held my camera as high as I could to get these pictures and they aren't too good. 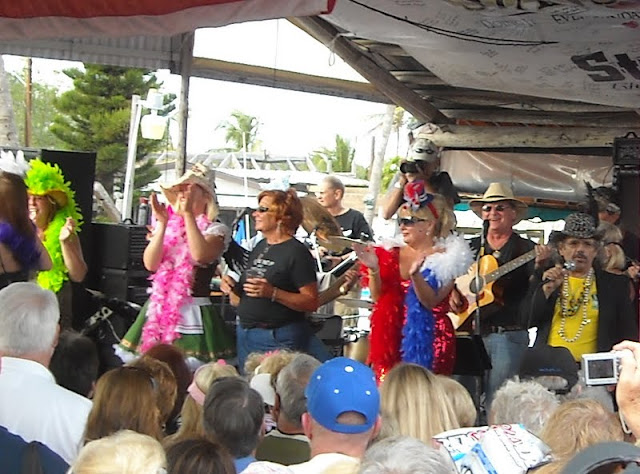 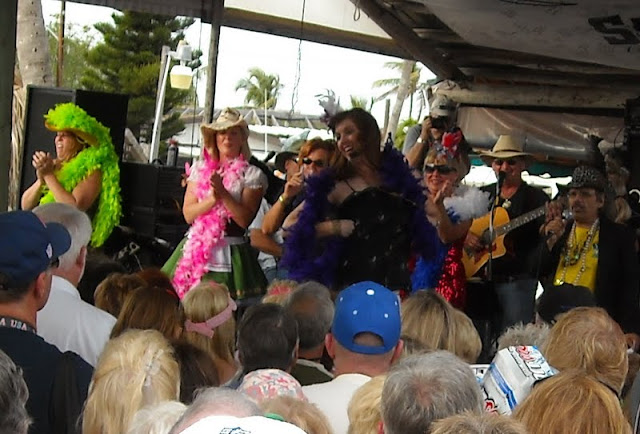 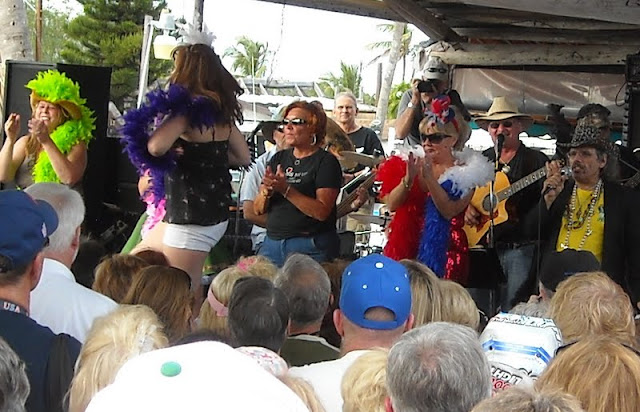 Fortunately, the argument did not come to blows or fisticuffs but threats were made and tempers flared between the old guy and one or two others among us. Finally, the invading person, helped along by his wife, moved on; action that was anti-climactic since the festival was ending anyway.

... and so until we meet again for the 29th Mullet Festival in Beautiful Downtown Goodland....

These Mosquitoes Have Got To Go!