Perhaps we stayed a little too long in Auburn this year, I'm not sure, but the weather seems volatile with more cold and/or rainy days than nice ones.  We didn't really have a choice as we had to wait for Lexie's dental procedure but we were both ready to head south.

Yuma, Arizona was really nice last winter but in keeping with our usual camping behavior, we decided to move along to the next great adventure. This year that adventure would be in Florida.

Our first night out of Auburn we got as far as Winter Springs, Florida, near Live Oak. We happened to choose Lee's Country Campground, about a mile off I-75.  The RV park reviews for the family operated campground looked inviting and we were pleased when we pulled in -- even though it was already dark.  We don't like waiting until dark to arrive at a campground but it couldn't be helped this time -- we just wanted to keep making progress into warmer weather.  Everything in this campground was as clean as a pin -- including the garbage cans. As a matter of fact, the only negative about the property was the intermittent grass/sand that caused some additional work for us walking Lexie and Ozzie in the late night and early morning dew.  The sand sticking to our feet was so troublesome, in fact, that our original plan to stay on through Saturday (to watch the SEC Championship Game) was altered and we would move on instead.

We arrived at Paradise Oak Campground in Bushnell by about 1:30 on Saturday with plenty of time to set up, walk the babies and enjoy the late afternoon game.  This campground is just beginning it's third season and we like it a lot. The only negative here is the nearby train tracks that are a major north-south corridor for freight trains and they lay down on the horns. After the first night, the train horns aren't even noticed.  We originally signed on to stay here two nights but decided to remain for at least another week.  Our neighbors are Pam (who we've not met), and Joe, with whom we enjoy casual visits.  They have two sweet dogs, Izzie and Allie (a Maltese) and we trade dog lover stories with Joe about the care and ownership of our babies. 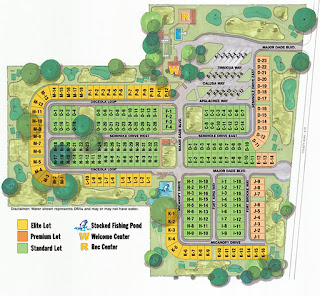 We've committed ourselves to the Jan 11-15 Tampa RV Super Show, have already sent our registration fee, and I'm getting excited about it. If we decide to stay on here for the final remaining month, we'll be set to pull out of Paradise Oak in Bushnell the day we are set to arrive for the show.  We're looking forward to seeing Ray, Cindy, Dan and Shelia and maybe DJ and Tom, if they decide to come down.  After the show, we'll move south along the western (Gulf) side of the state , maybe take in the Annual Mullet Festival at Goodland and then return up the eastern (Atlantic) side in spring.   Because we lived so long in Florida and like it so much, it's like coming home.  Incidentally, the weather here is fine.