Although the weather was improving at Tombstone Territories RV Park we decided to move on to the Yuma area on Tuesday, January 11th. With an elevation of some 4,000 feet, the area would likely remain cooler than we like.  While I had really enjoyed the time in the park, Wayne didn't have the same appreciation because of his continuing sciatica pain. The campground staff and the guests at TTRV were very friendly and the site itsef was terrific but Wayne suffered outside due to the cool temperatures -- I know how pain can make everything uncomfortable.  Two neighbors in particular, Connie and Dave, were super nice and they are folks we'd like to run across again.  In better health, of course.

We didn't pull out of the property until mid-morning and we didn't expect to travel any great distance.  We traveled west to Tuscon into the land of the beautiful sagauro cactus. The desert continues to change but the magnificent mountains remain always along the horizon in the distance. The land is even more flat and there is little vegitation except for the succulents that I think are beautiful. 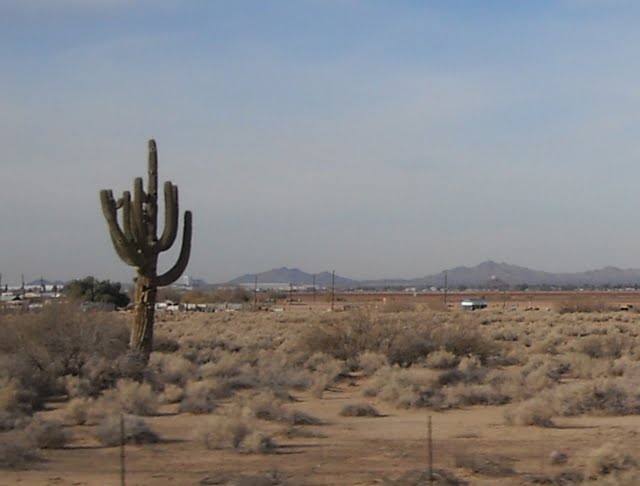 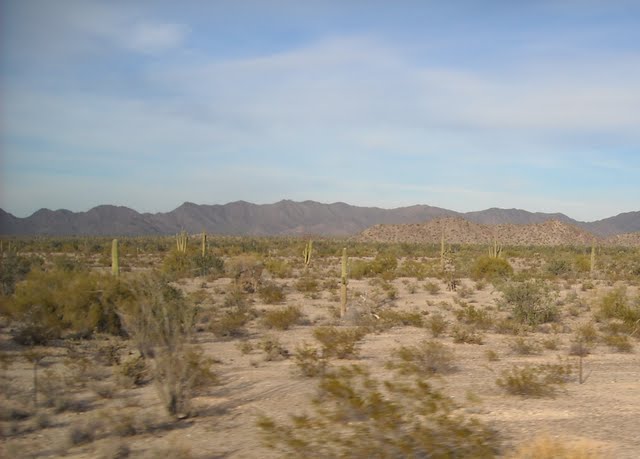 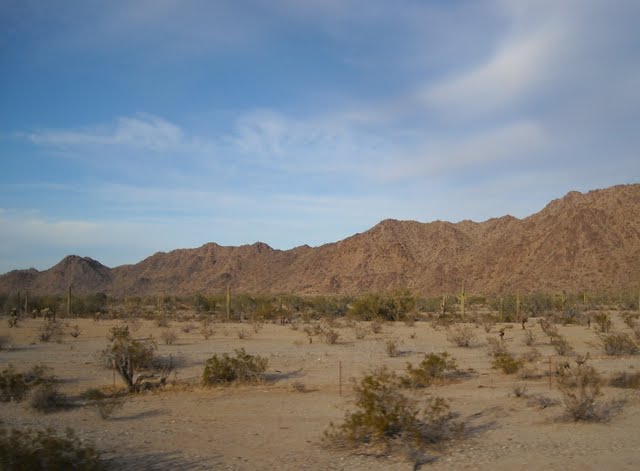 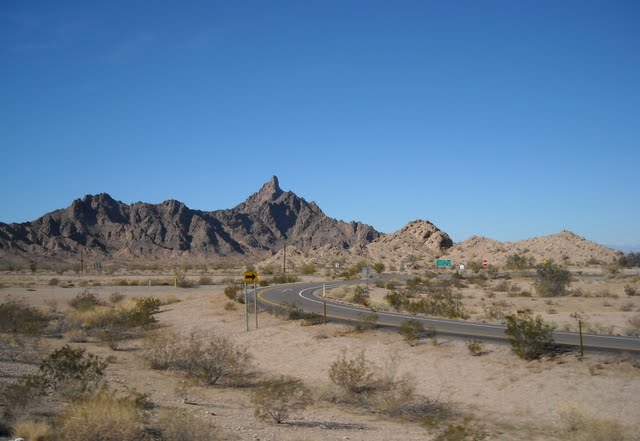 At Casa Grande we took the I-8 split to Yuma.  The exits are few and far between in this part of Arizona. We stayed overnight at Augie's RV Park in Gila Bend. The campground was typical for the area. There's no grass or trees. 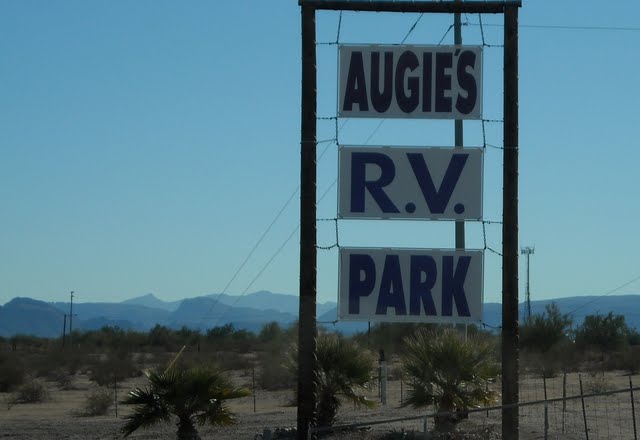 The following morning, the trip to Yuma continued the straight, flat route passed the Painted Rock Mountains and along the Luke Air Force Range into the Yuma Proving Grounds area.  Finally, I-8 wound through the Gila Mountain pass and opened up into Yuma's surburbs.

We'd heard about the great numbers of retirees who RV into Yuma each winter but we were not prepared to see the unbelievable number of RV Parks!  RVers are truly "catered to" in this area as all kinds of RV and camping services are advertised.

Our campground, Arizona Sands, is located in a growing area not far from Araby Road. The daytime temperatures are in the mid-70's and expected to go higher by weekend. Nights are in the 50's.  We put away the winter wear.
Email ThisBlogThis!Share to TwitterShare to FacebookShare to Pinterest