Bella Terra: The Players and The Plan 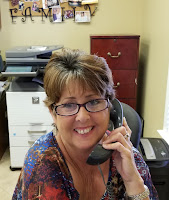 A Who's Who and What's What at Bella Terra Gulf Shores

Jenny's was the smiling face that greeted me the day we arrived at Bella Terra of Gulf Shores. Seems she is always behind this desk making everyone feel welcome.

Our chats are infrequent as much of her time seems to be taken up with telephone customers. I guess it's only natural her picture includes a phone.

Denise is our Bella Terra Realtor. She toured us around the property our first morning and drew up our contract six days later.

We looked at all the lots available, including unsold lots in the first two phases, resales and newly developed sites in the final phase.

If one had been available, our first lot choice would have been a resale with construction already in place, but there were none *.

We chose one of the Phase III terrace parcels that backs up to a heavily wooded preserve.


* Not to cast a shadow on the process, I must say that Wayne and I do not, I repeat DO NOT have a stellar record when it comes to buying a.n.y.t.h.i.n.g. we can't touch at the point of sale. Things ordered can go wrong will go wrong when we're involved.

Having said that...  we are optimistic that our luck can change. I kicked off our project by drawing an idea of what we wanted and shared it with Courtney Osborne, Bella Terra's Operations Manager. 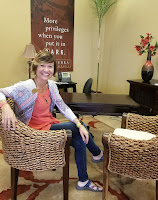 Courtney. A constant smile and tremendous presence in a "4 foot something" sparkler. She's been with Bella Terra since the beginning. She knows the ropes... and the players.

She is the lighthouse in our project. 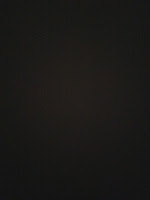 Robby Miller of Coastal Designs will eventually convert my pencil drawing to blue prints. We've never seen or spoken directly with him.

He has remained illusive and is, by far, the most unimpressive player in this game. His picture, therefore, shall be a black box.

Momma said if I can't say something good, I shouldn't say anything... 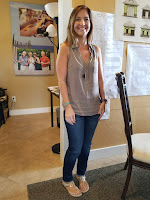 Activities are the lifeblood of every resort. Retirees and RV'ers love having fun things going on. That's where "Can Do" Katie comes in. Always smiling and open to suggestions, Katie keeps Bella Terra involved in both on-site programs and area events.

Another effervescent and happy face at Bella Terra belongs to beautiful Tara. While we don't interface with Tara in the construction process, she appears to "float" around the property during every activity and makes sure Wayne and I are introduced to everyone who happens by.

Shy about photos, Tara reluctantly allowed this photo with Courtney (who loves the camera). 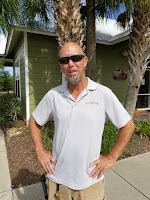 Billy is another great asset to Bella Terra. As maintenance supervisor, his overwhelming and never ending responsibilities do not rattle him. Always... this. man. is. calm. and. positive.

Billy's role in our project is to be our eyes and ears in a construction world where we are novices.

He has a calming effect on my Type A temperament.

Bella Terra is the brain child of this man, Chuck Smith who, according to local folk lore, got the idea of a motorhome resort from his RV'ing parents. He's taken Bella Terra from conception to completion through good times and bad (think RV boom, oil spill, economic downturn, RV boom, bust and boom again). An impressive, friendly fellow one can't help but like.

He splits his time between south Alabama and Colorado these days.

For detail about this dream of Chucks, check out Bella Terra Gulf Shores.

Still another participant in our project is the all important, construction contractor. That would be David Thompson.

While he looks much like a very young Sean Penn (reminiscent of "Fast Times At Ridgemont High"), his casual, surfer look doesn't fully reflect the serious entrepreneurial sharpness he seems to possess. So far, I like his attitude and am growing accustomed to his flip-flops. He's an Auburn alum too. (Smiley face)


Our outside kitchen will be built by Kevin at Grill Island. He builds almost all the patio kitchens at Bella Terra. Kevin listened to my ideas, showed me a few kitchens he built here and put it all into a cohesive package. I don't have a picture of Kevin but will include one if and when I get it. 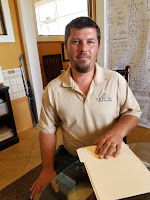 Brandon will be in charge of the last of our major site projects: Landscaping and outdoor lighting. He's with Kent's Landscaping.


I've left out a couple of people as I don't have info and/or photos. I'll add them later.

As of this week, forming for concrete has begun and I am filled with excitement. Once underway, we are about 10-12 weeks from completion.  Weather and other factors could cause delays though.
Email ThisBlogThis!Share to TwitterShare to FacebookShare to Pinterest