The Passing of Macky: Life Is Uncertain. Death Is For Sure.

Sharon Johnston Park Campground, New Market, Alabama       Seven precious months passed in my sweet brother's life after we raced to the southeast from Washington state to north Alabama last summer. After spending several weeks near his home and seeing his slow but steady recovery, we moved on to our winter destination in Florida. Then in mid-march, we began the northward trek back into the area.

A bit of his medical history: The cardiologists had no other options available for Macky and they prepared (over prepared, really) him for death. One of them went so far last September as to say "You could live two days or two months" but Macky defied their well educated guesses and enjoyed another college football season, Thanksgiving, Christmas and New Year. We also were so blessed to enjoy an autumn family reunion while we were at the campground near his home. Over the winter he gained thirty pounds that were muscle, not water retention, and enjoyed being with family, attending more than a few of his granddaughter's high school basketball games. God is good and we are thankful for that extra precious time.

But late in March, Macky's body started again to build fluid and our telephone visits sometime had to be shortened because I could sense he was running out of breath. In early April, after a troubling visit to the congestive heart failure clinic, he was admitted to the hospital where fluid was drained and he returned home in about three days. That night, he fainted several times, but his defibrillator shocked his heart into some last, slow but steady beats.

A few days later, he enjoyed a final Easter with his wife, children and grandchildren. A week later, he was gone, dying in his sleep on the sofa in the living room. Donna and Shannon were with him. He was 64.

We were still in Gulf Shores, Alabama when I received word of Macky's death. It rained all day that day. Early the next morning, we pulled out and headed north where, once again, I asked my friend, Marilyn, to drive to Sharon Johnston Park Campground and get a spot secured for us. This is the campground that doesn't take credit cards and won't hold reservations without payment. As she had done last fall, Marilyn, drove to the campground, paid the fee and made sure we would be able to get into the park if we arrived after dark. It was raining here too, but allowed a break for us to set up the campsite.

Two rainy days later, following a kind and knowing eulogy by his pastor, Macky was laid to rest at the cemetery by the church where he and Donna were married. At the funeral home, the room was filled with crimson flowers honoring his love of University of Alabama football.  A bright red tie with University of Alabama "A's" was tied neatly at his throat.  Donna and Sherrie selected dozens of wonderful photos to be looped over and over again during family visitation.  Friends and family came and shared our grief.  The local bank president came by as did an old friend of Wayne's who lives in Huntsville and had met Macky once though we did not know it until now.

He was gone. The rain gave way again long enough for the burial. The air was cold though and I was glad I had several layers of clothes. I was reminded, as we made the long drive from the funeral home to the cemetery, of the southern way of stopping one's vehicle anytime a funeral procession is along the road. Not just private automobiles, mind you, but commercial vehicles and school buses too. This tradition gave me some comfort and reminded me why I proud to be from the South. 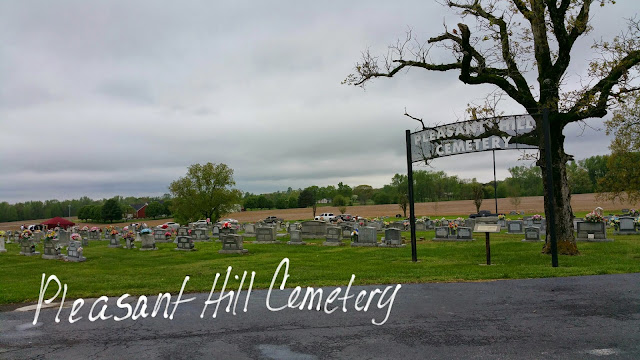 By some strange coincidence, our cousin on our Father's side and his wife were in town for a visit with their daughter, who lives in Huntsville. I let them know of Macky's death and the funeral services and they came, of course. I was thrilled to get to spend time with Louis, his wife, Rhonda and their daughter, Wesley, who it turned out, is a rocket scientist in Huntsville. Louis had not seen Macky in more than 40 years but his presence was so meaningful to me.

Following the burial, as is common in the south, a grand meal, prepared by the neighbors, was laid out for the family. Louis, Rhonda and Wesley joined us and were welcomed into Donna's family.  It was a bad day with a good wrinkle.

Rest in peace, brother.
Email ThisBlogThis!Share to TwitterShare to FacebookShare to Pinterest