In the end, our stay at Village Camper Inn at Crescent City lasted five weeks. Finally on July 6, after suffering through an enormous Independence Day firework display sponsored by the City, we pulled away from our sweet campsite and the friends we'd made there.

While we were pretty much content staying around the campground many days, we did do a bit more exploring.  One day we drove north 20 miles on U.S. 101 to see what was going on around the seaside town of Brookings, Oregon. We had lunch at a marina restaurant and toured around, getting a photo of Oregon's largest Monterey Cypress Tree.  It was planted in 1857 by a fellow named Harrison Blake who was a member of Oregon's House of Representatives.  The tree was planted while Blake's house, which doubled as the Chetco post office, was being built.

﻿
The Brookings harbor and marina area were interesting, though the food in the restaurant (whose name I don't recall) was not worth mention, except for the scrumptious bread pudding. Several campgrounds are near the harbor but none held appeal for me. 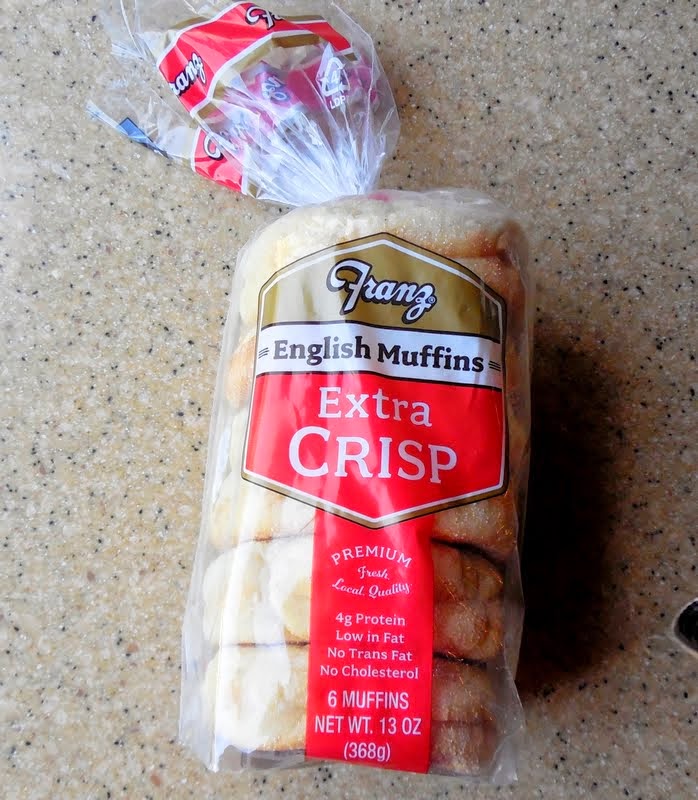 Of course, we continue to enjoy the local and regional goodies we remember from previous trips into this region -- among them are baked goods from the Franz bakeries, Tillamook cream products and Rumiano Family cheese makers who have a fabulous retail store in Crescent City that we didn't know about until the last two days of our visit here.


California is a strange state with plenty of strange laws and notices, like the one below, posted on the drive-up window of the local McDonalds.

While we've been stationery in Crescent City, we've watched the price of fuel soar, as usual, just in time for the holiday and summer vacations.... 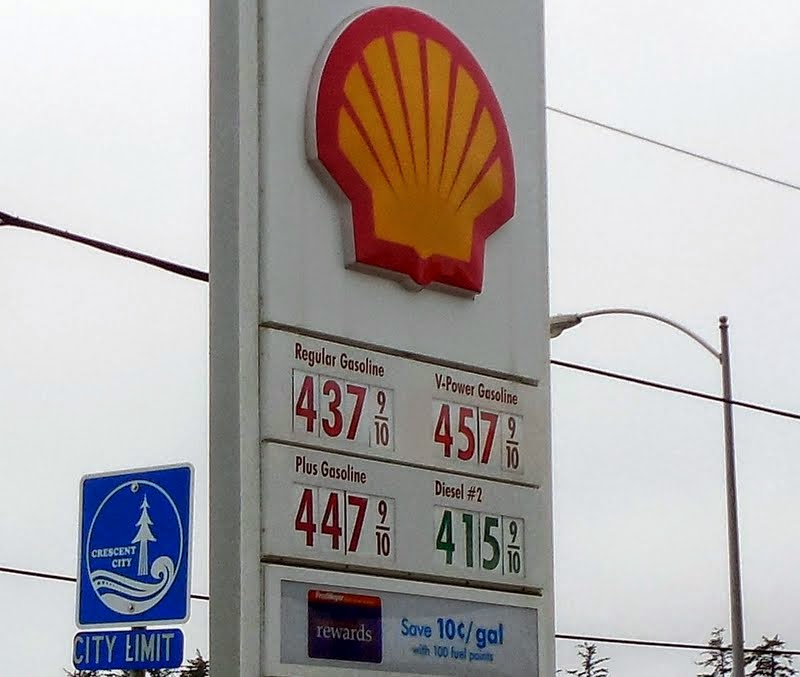 While the loop we're on in the campground was barely half full when we arrived, empty sites filled as the July 4th holiday weekend approached.  We met several neighbors and, as always is the case, some just seem to click.  This couple is a good example: Full-time RVers from Kansas (like our old friends Charlie and Joyce from Wichita), Pam and Dennis are traveling the country, headed north along the coast (like us) and enjoying life.  Dennis does woodcarving, as evidenced by the treasures he is holding. I insisted on getting this photograph.  Equally as talented, Pam works with fabrics and does some fine woodwork too.

﻿
On Independence Day we received an invitation to a rib dinner in the campground. I'd chatted with Bobby while he walked his schnauzer, Lucky. I met his wife, Jacqueline, too, on a few occasions.  We gathered at Bobby and Jacqueline's campsite in the early afternoon for cocktails and a fabulous dinner of dry rubbed pork ribs, fries, salads and peach cobbler.  We were joined by  Bobby's cousin, Joyce and her husband, Charlie (another Joyce and Charlie!) who have been full-timing for about twice as long as us. What a great treat.

﻿
But then July 5th rolled around and we would be pulling out of Crescent City the next morning.  We threw a "farewell cookout" in the early afternoon, invited all the friends we'd gotten to know at Village Camper Inn RV Park, and enjoyed a few more stories, burgers, brats and accoutrements.

I must include a sentence or two about our neighbors two doors down, Don and Lucille Chamberlain. While I just didn't get a good picture of the two of them together, they are such a remarkable couple, I don't suppose we'll ever forget them.  Married 74 years, he is 94 and she is 93. He fishes almost every day, is up by dawn, I think, and keeps a schedule that would challenge me easily.  Mr. Chamberlain introduced us to Ling Cod (which we'd never heard of), by cooking some for our dinner one evening. I must say it was among the very best fish I've ever eaten.


The morning of our cookout, Mr Chamberlain and his visiting daughter, Cathy, took his boat out for a half day of fishing.  Most days, Mr. Chamberlain catches his limit of fish easily before noon.  I guess today was not an exception.  The only difference today is that his daughter, Cathy, caught the two beautiful King Salmon in the photo below. I can't imagine how much each one weighs.

The following morning, we pulled up stakes and continued our trek along U.S. 101 into Oregon.
Email ThisBlogThis!Share to TwitterShare to FacebookShare to Pinterest