Fog Along The Keweenaw

We're still enjoying our time on Michigan's Upper Peninsula.  The red pushpin in the photo below puts our current "peninsula on peninsula" location into perspective.

Houghton and much of the UP have a robust copper mining history but those days are over. The Copper Rush began in 1843 but by 1945, the last of the copper mines were closing.  Quincy Mine, a National Historic Landmark property and Keweenaw Heritage site near here offers tours, tram rides and a mining museum in the remains of the company then known as "Old Reliable".  It was given that nickname because it paid good dividends to it's shareholders.

Houghton is also the home of Michigan Technological University which makes it a vibrant place. Those who know us know we almost always like college towns. The buildings here are mostly made of brick in a variety of deep colored clays. It's a very pretty little town.

While visiting Houghton, our "home" has been in the City of Houghton RV Park which quickly rose to the top of our "favorite campgrounds" list.  It's tiny - just 22 sites but simply fabulous and right in town.  We are just a few steps away from the downtown, a 20+ mile walking/biking path and it's situated on the south shore of Portage Canal, which we've also seen referred to as the Keweenaw Waterway. The terrain here is mostly rolling and wooded hills.


We like this campground so much we asked about staying on for another week or two.  Our request was accommodated, but required a total of four moves. Each site would have it's own unique desirable attributes.  There simply are no bad sites here.
Standing on our deck, we can look to our right and see the Portage Lake Lift Bridge. The middle section can be raised to a point of 100 feet over the water's surface to allow boats to pass under.

In earlier times, the lower bridge deck was used for rail traffic. Later the railway was removed and that level too was made into a road for automobile traffic. In winter, when ice keeps boats off this waterway, the bridge can be lowered to allow snowmobiles to enter the road.

The next photograph captures a couple of interesting sights.
The Motor Vessel Ranger III (in the picture above) is the largest piece of moving equipment owned and operated by the National Park Service. It is the largest passenger ferry providing service to Isle Royale National Park. The ship is 165 feet long, 34 feet wide, 648 ton vessel and carries 128 passengers.  It has a luncheon grill, three staterooms, four lounges, two decks and indoor / outdoor seating. It has a crew of nine and operates out of Houghton. The cruise to the Isle Royal National Park takes three hours and costs in the neighborhood of $60. There is nothing on the island, I am told, except nature -- and plenty of it. We did not go. 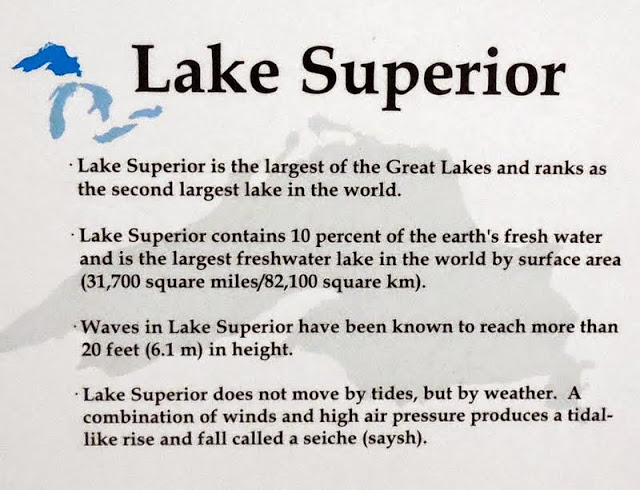 That 'bout covers this part of our stay in Houghton. In another post, I'll include some of what we've seen on our day trips.
Email ThisBlogThis!Share to TwitterShare to FacebookShare to Pinterest